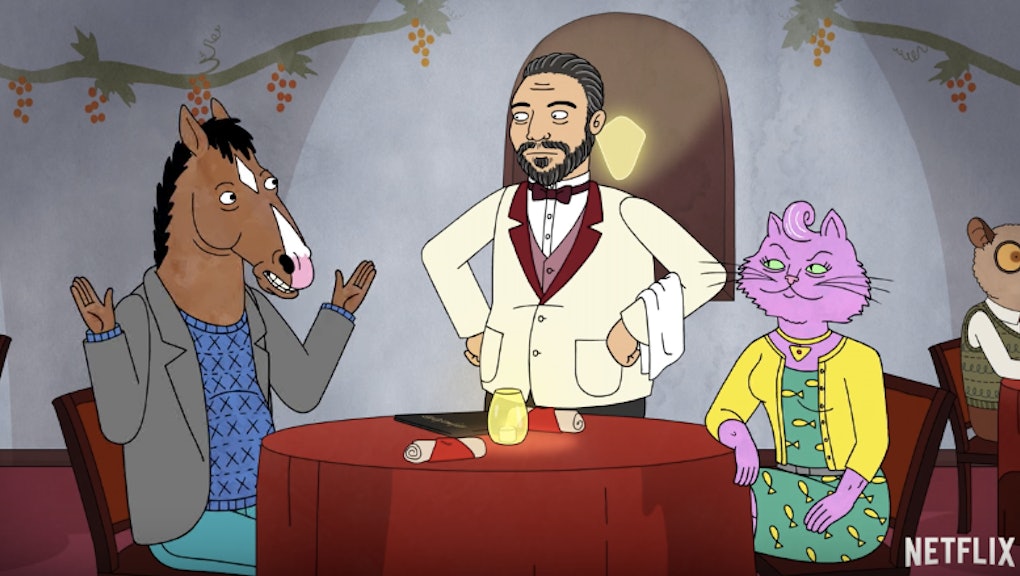 In One Chart, Netflix Shows Why You Shouldn’t Quickly Binge (Some) of Its Shows

Binge-watching a TV series on Netflix is practically routine for its users — like brushing your teeth in the morning or an afternoon coffee break at work. However, not all shows are worthy of an hours-long binge session. Some, like a fine wine, are better viewed at a leisurely pace.

This isn't just anecdotal, either; Netflix has the stats to back it up. The streaming service — fitting for one that now has Jurassic Park in its library — spared no expense in analyzing the viewing habits of its users in 190 countries while watching more than 100 TV series from October 2015 to May 2016. The conclusion? For its users, some shows are better to savor slowly, while others were still deemed binge-worthy.

Below, you can check out the results on its nifty "binge scale":

As it turns out — even more than political or historical dramas — "irreverent comedies" were the ones that were viewed over the longest period of time. The best example of this being Netflix's critically acclaimed original animated series, BoJack Horseman, which tackles themes such as depression and Hollywood successfully, even in the guise of comedy.

Conversely, the series that are easiest to binge watch are thrillers such as Netflix's own The Fall, The Killing and Showtime's Dexter. It seems nothing makes viewers say, "I can stay up for one more episode" more than a tense murder scene.

However, most importantly, it demonstrates that Netflix is not just a binge-watching, one-trick pony. There are binge-worthy shows, to be sure, but not every series in its lineup deserves that treatment.

"Netflix helps you to find a series to binge no matter your mood or occasion, and the freedom to watch that series at your own pace — whether that's to appreciate the drama of Bloodline or power through Orange Is the New Black," Cindy Holland, vice president of original content at Netflix, said.

Or, apparently, the depressive state of a human-horse hybrid.

Read more: Netflix Saves Users About 6 Days a Year That Would Be Spent Watching Commercials on Cable