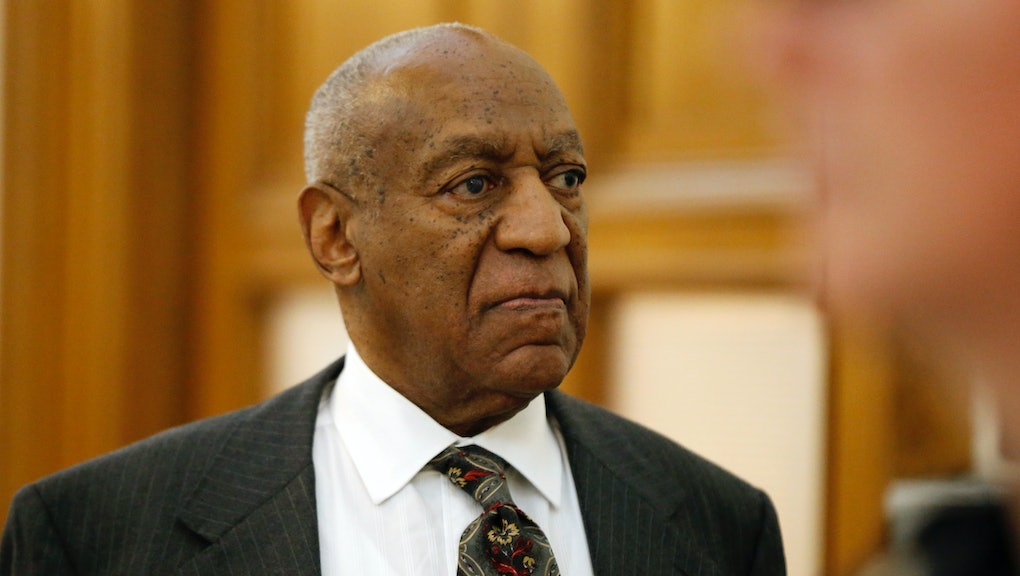 Bill Cosby would like the criminal case against him dismissed, please. In late May, a Pennsylvania judge ruled that the former sitcom star would stand trial for three counts of aggravated indecent assault he allegedly committed against Andrea Constand in 2004.

Constand says Cosby drugged and raped her; according to the Cut, Cosby's attorneys say that their client has been denied due process because the court relied on hearsay, rather than putting Constand on the stand to testify.

"During this hearing, the Commonwealth relied solely upon hearsay evidence to establish the elements of the charged offense, without providing Mr. Cosby an opportunity to confront and cross-examine his accuser," reads the motion filed by Cosby's legal team on Wednesday. They've requested that the charges be dropped or that Constand be obligated to appear at a new preliminary hearing.

Cosby has been accused of sexually assaulting over 50 women over several decades. According to Deadline, we can expect a trial date set in July.

Read more: Bill Cosby Is One Reason Why We Need to Do Away With Statutes of Limitations for Rape

Read more: The Bill Cosby Scandal Will Be a Part of Smithsonian Museum History