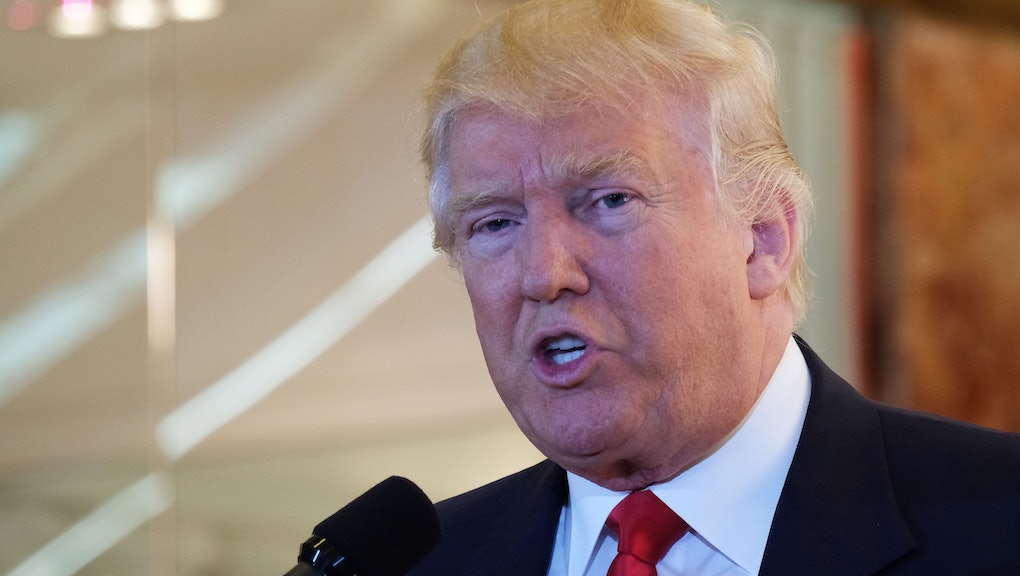 Presumptive Republican presidential nominee Donald Trump has made his controversial stance on Mexico and immigrants quite clear throughout his campaign. And it appears this stance trickles down to his campaign's eating habits.

While Trump hasn't exactly built a wall to keep Mexican food out of the campaign, his staff has spent very little money on Mexican cuisine, according to a new report from financial advisement site Dividend Mantra.

From January 12, 2015 to March 31, 2016, Trump's campaign spent a paltry $668 dollars on Mexican food, according to the report. Democratic candidate Bernie Sander's campaign, on the other hand, dropped $8,294, while presumptive Democratic nominee Hillary Clinton's campaign spent $4,982 dollars. In the words of Trump, that's a "huuuuge" difference.

Is this Trump and his staffers' subtle way of showing just how dedicated they are to Trump's beliefs? Considering that Mexican food is the second most popular "ethnic" cuisine in the U.S., right after Chinese food, according to market research firm Technomic, the minuscule amount Trump's campaign has spent on Mexican food is shocking.

To be fair, Trump's campaign hasn't dropped as much money on food as Clinton's ($256,438 compared to $1,067,059), but he has spent just under $30,000 more than Sanders. Out of the three, Sanders has directed the largest percentage (3.65%) of his food spending toward Mexican food. While Clinton's spending is just .47% of the money she has spent on food, it is still nearly double the Trump campaign's expenditure on Mexican food — .26%. A person's values can't necessarily be judged based on their food choices, but when the discrepancy is this big, it almost seems deliberate. Mic has reached out to a Trump spokesperson for comment.

Not included in the $668 tally is the taco bowl Trump ate on Cinco de Mayo in a sad attempt to show that he "love[s] Hispanics." (This came after the nominee called Mexicans "rapists," and deemed people who bring "crime" and "drugs" with them.) Even still, the dish would likely never be included on a traditional Mexican menu, since many say that the so-called "taco bowl" isn't even Mexican.

Conversely, Clinton has a predilection for eating raw jalapeños, which are often found in Mexican dishes. Plus, she's been know to take the occasional jaunt to Mexican-inspired burrito restaurant Chipotle. Clinton has also not made insulting comments about Mexicans while on the campaign trail. As of April, she has 47% of the Latino vote.

Trump's tweet and consumption of a taco bowl demonstrates a similar rationale to the "I'm not a racist, I have a black friend" logic. (Oh wait, Trump said that, too.) Trump will have to eat many more taco bowls — probably over $668 worth — and say less offensive things before most people will believe that he truly "love[s] Hispanics."