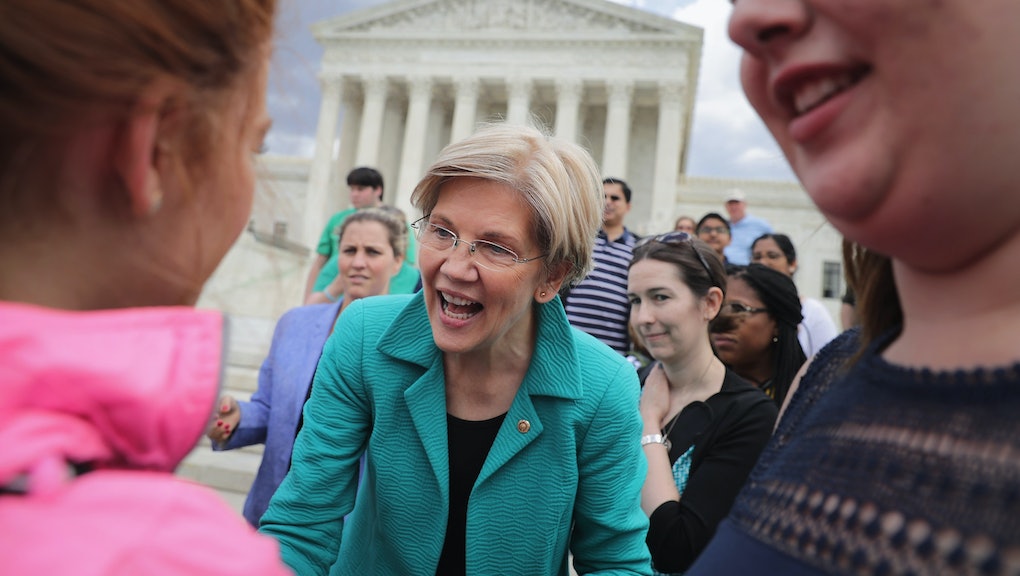 Sen. Elizabeth Warren is planning to endorse presumptive Democratic nominee Hillary Clinton, but is likely to wait until Sen. Bernie Sanders plans his exit strategy from the race, according to multiple reports published late Wednesday night.

Democrats say Warren's endorsement is critical for Clinton, whose support among progressives is lagging after a bitter primary against Sanders. They say her cache among the left-wing of the party that backed Sanders by wide margins would go a long way in uniting the two candidates' camps.

Read more: Why Elizabeth Warren Really and Truly Matters Now More Than Ever

But Warren will speak to Sanders before determining a time frame for the endorsement — an effort to avoid angering Sanders' supporters, CNN reported.

"She takes her potential role in unifying the party seriously," a source close to Warren told CNN.

While Warren stayed neutral in the primary between Clinton and Sanders, she emerged as an attack dog against presumptive Republican nominee Donald Trump.

Her fiery anti-Trump rhetoric has caught the eye of Democrats like Senate Minority Leader Harry Reid, who reportedly is interested in seeing Warren on the ticket as Clinton's vice presidential running mate.

Warren is strongly considering the idea of vice president, but has not personally spoken with Clinton about it, according to Reuters.

The news of Warren's impending endorsement comes as the Massachusetts Democrat plans to unload on Trump and the Republican Party in a speech Thursday at the American Constitution Society's National Convention in Washington, D.C.

In the speech, she'll blast Trump for "racist" comments he made about the judge presiding over the Trump University case, in which he questioned the judge's impartiality because of his Mexican heritage.

"Trump isn't a different kind of candidate," Warren will say, according to excerpts of her speech. "He's a Mitch McConnell kind of candidate. Exactly the kind of candidate you'd expect from a Republican Party whose 'script' for several years has been to execute a full-scale assault on the integrity of our courts. Blockading judicial appointments so Donald Trump can fill them. Smearing and intimidating nominees who do not pledge allegiance to the financial interests of the rich and the powerful."