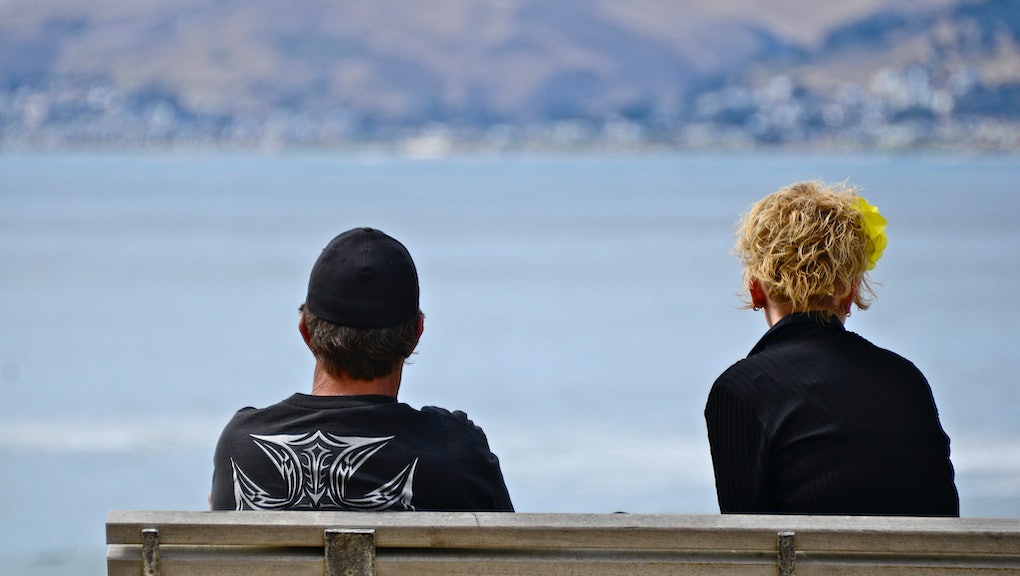 Hey, Dudes: Want More People to Like You? Stop Being Awful to Women

Making friends is hard. But you know what can make it a little easier? Not being a dick.

In fact, being an understanding, empathetic person (known as "not being a dick," ICYMI) could be the key to having more (and better) friendships, according to findings published in the Journal of Personality. In a comprehensive study of 1,970 adolescents, researchers at Australia Catholic University found teenagers who were more empathic had nearly twice as many friends on average — particularly teenage boys.

Young men who leaned in to their feelings and showed high levels of empathy didn't just tend to have more friends than their less empathetic male counterparts — they also had more female friends and deeper, more meaningful relationships with their buddies. Although empathetic teen girls didn't seem to be valued quite as highly as friends by members of the opposite sex, adolescent boys who were in touch with their emotions were generally way more well-liked, especially by girls.

Led by professor Joseph Ciarrochi, the researchers asked adolescent males to rate their own capacity to relate to others emotionally, measuring participants' self-reported empathy through statements like, "When someone is feeling down, I can usually understand how they feel." Participants were then asked to list up to five males and five females they considered their closest friends, which allowed the researchers to see how both high and low empathy teens ranked each other as friends.

On average, empathetic boys received a whopping 1.8 times more "friendship nominations" than dudes who reported they were less understanding, which Ciarrochi described as a "huge" difference in an email to Mic.

Boys who received more friendship nominations, from other boys or from girls, didn't just tend to be the most supportive of the bunch, but also felt the most supported by their friends. Girls' feelings of support in their friendships, however, didn't have as much to do with how many friendship nominations they received, but with how deep those friendships were. Basically, boys felt better about having more friends, while girls felt better about having better friendships — but the boys who were most likely to have more friends were the ones who were, well, better at being friends.

"Even though empathy does not necessarily help girls to have more male friends, it does seem to help them have better, more supportive friendships."

According to Ciarrochi, there could be several explanations for the disparity, ranging from evolutionary influences to socialization. One major concern is safety: Women could desire more empathetic male friends because those are the men who are least likely to behave violently toward them.

"Men low in empathy are more aggressive and violent towards females," he said. "Females could avoid male aggression by becoming skilled at detecting and selecting empathy male friends." Although this study focused on platonic friendships, those adolescent bonds could be precursors to future romances, Ciarrochi added. Empathetic teen boys are more likely to become empathetic men, after all, so young women who surround themselves with good guys early on stand a better chance of picking one as a partner.

But even if boys are generally concerned with having more friends than girls are, it's pretty heartening that being kind is the best way for them to find those friends. It means they might be learning what really matters in relationships, and ultimately trying to be better people to each other.

"Empathy is darn important to friendship support," Ciarrochi said. "It helps both males and females to have higher quality friends, even if it doesn't always help to have a higher quantity of friends."