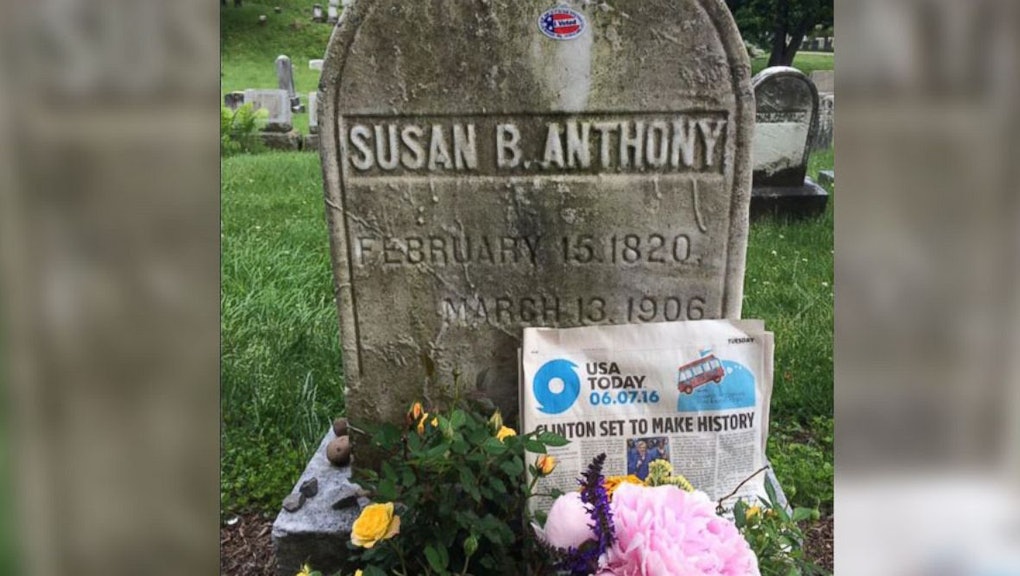 Hillary Clinton has been chipping away at the glass ceiling for decades, but on Tuesday she put the biggest crack in it yet when she became the first woman to clinch a presidential nomination for a major political party. News of her win spread even to a quiet spot in Rochester, New York, at the gravesite of suffragist Susan B. Anthony.

According to ABC News, Anthony's tombstone was decorated with flowers and an issue of USA Today with a headline reading "Clinton sent to make history."

Voters paid tribute to Anthony's struggle to secure women's right to vote, which resulted in her arrest in 1872 when she cast her ballot illegally, back in April as well for the New York state primary. At the time, voters (presumably women) covered Anthony's grave, located in Mount Hope Cemetery, with "I Voted" stickers.

Anthony died 14 years before the passage of the 19th Amendment, and 110 years before Clinton's historic nomination.

But if Donald Trump's win had Anthony rolling her grave, Clinton's surely had her rejoicing.