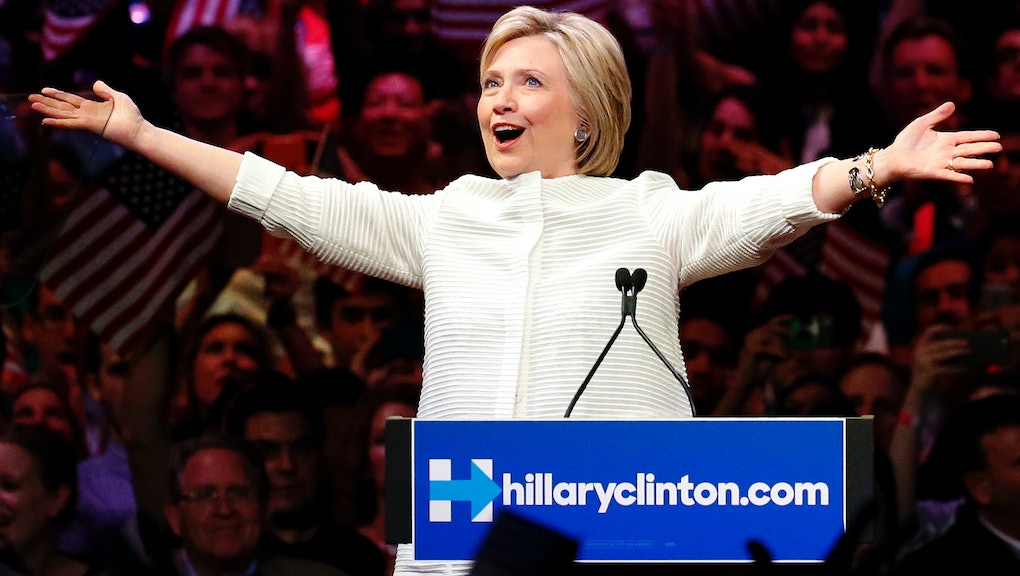 Democratic candidate Hillary Clinton clinched Tuesday the number of delegates necessary to make her the party's presumptive nominee — and it was, undoubtedly, a historic moment.

For the first time in history, a woman will be the nominee of a major political party.

But many pointed out that, as has often been true in U.S. history, achievements for some women don't translate to achievements for all. Gains for white women have historically left women of color behind.

As Clinton has often mentioned, the 19th Amendment, which granted women the right to vote, was passed in 1920, less than a century ago.

But it wasn't until the 1960s that black women could vote everywhere in the country.

By all means, let's celebrate Clinton's victory — but we must recognize that just because one woman has achieved a historic victory doesn't mean the same success is suddenly attainable for all women.