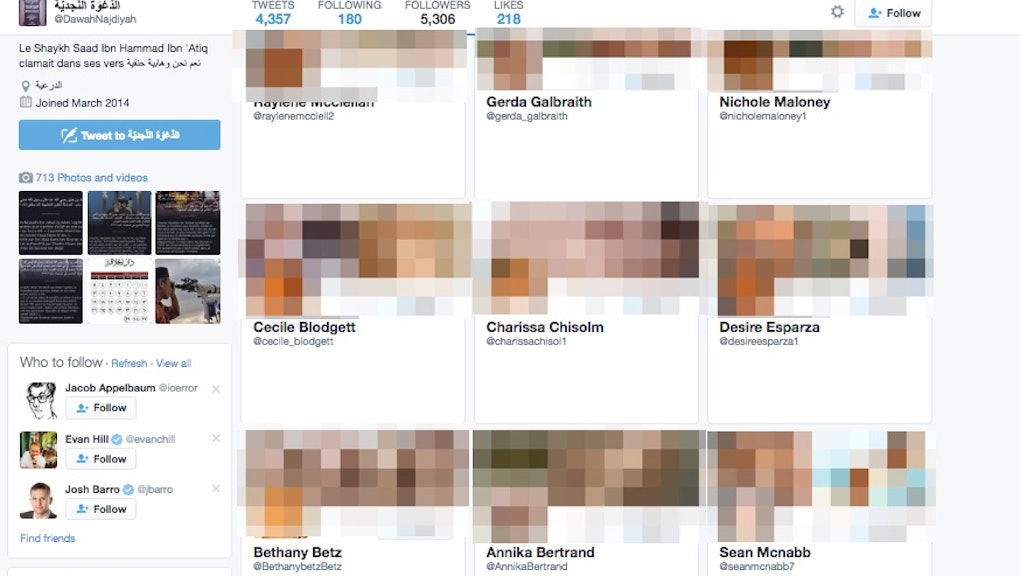 They say not to fight hate with hate — so some hackers are fighting hate with naked women.

"Marybelle Lemons," a Twitter account whose profile photo is a cropped pair of boobs, is following 41 accounts, nearly all of which have ISIS ties.

The pornbots are not actively tweeting at the accounts, but they did prompt ISIS media agency Amaq to disable its account, according to Dazed Digital.

This isn't the first time internet trolls have attacked ISIS simply by pranking the hell out of them. In 2015, the hacktivist group Anonymous hijacked the #ISIS hashtag by directing accounts to videos of Rick Astley's "Never Gonna Give You Up," also known as rickrolling.

The hackers behind the smut attack have yet to come forward.