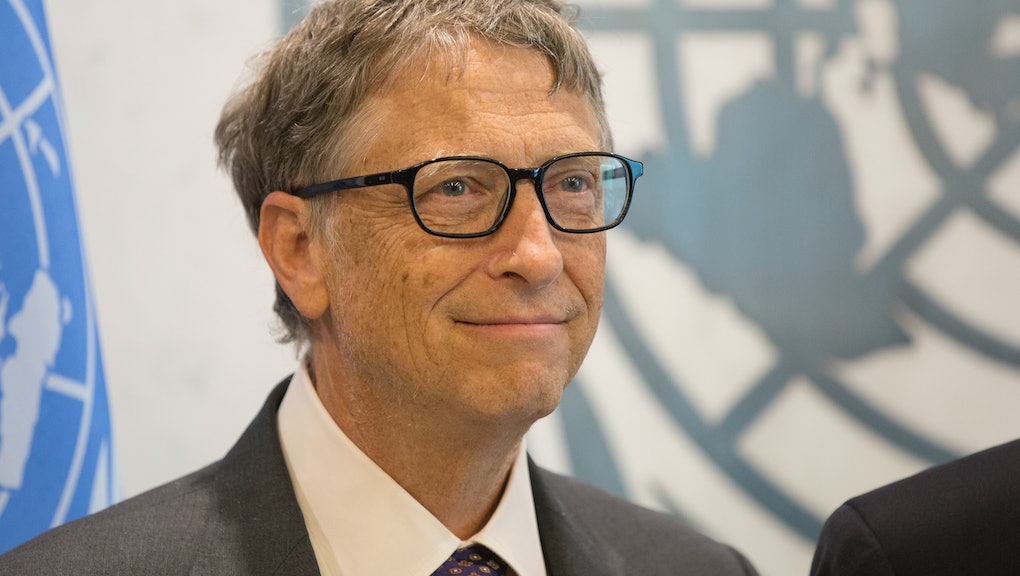 New York, NY — If somebody asked you what it would take to end global poverty, your first answer probably wouldn't be chickens.

But that's exactly what makes Bill Gates' latest philanthropic initiative so intriguing. On Wednesday, Gates announced his foundation will partner with the charity Heifer International and donate 100,000 chickens to countries in Africa in order to help combat extreme poverty. The announcement, which Gates also outlined on his Gates Notes blog, came as the world's richest man stood in front of about a dozen chickens in a makeshift coop at the World Trade Center in New York City.

Why chickens? Gates has been pursuing a range of approaches to end poverty for years, but says he began studying the impact livestock could have in Africa about a decade ago.

"Livestock is something amazing to lift people out of poverty," Gates said. "If you get involved in this, you get way above the poverty line. The value added here is incredible."

The concept may sound silly, but the logic is actually quite simple: There are more than 100 million people currently living below $2 per day — or approximately $694 per year — in sub-Saharan Africa, the vast majority of whom are farmers with small plots of land. A farmer who starts with just three hens and one rooster can breed a few hundred chickens over a year, each of which can be sold on average for $5 dollars in west Africa. A farmer who raises 250 chickens, then, can bring in $1250 per year, almost double the extreme poverty line.

Of course, it's more complicated than that. Each chicken needs to be carefully cared for, sheltered, well-fed and most importantly, vaccinated several times per year to protect against Newcastle disease, which can wipe out an entire flock. Vaccine delivery remains a well-documented and ongoing issue in sub-Saharan Africa.

But Gates believes the model is nonetheless feasible and economical. "Other than finding the initial chicken rooster and the vaccine, you're not paying much for the input, and that's why the economic equation is so strong," he said.

Added value. Chickens can also bring a host of additional benefits for farmers and families, according to Gates, such as nutrition for children. Eggs are, after all, a rich source of protein.

Gates believes African women in particular will benefit, as they are the ones who are primarily responsible for tending to chickens. "With chickens, it's almost entirely a woman's activity," Gates said. "You always see that if you get income going to a mother, then it's used for nutrition and school fees a higher percentage of the time."

In a recent story on Medium, Melinda Gates shared her husband's enthusiasm, "Many men think chickens aren't worth their time ... So women fill the gap. Why is that such great news? ... When a woman controls the family's income, her children are 20 percent more likely to live past the age of 5."

The ultimate goal. Gates says the program has already begun in Ethiopia, and he is hoping it will scale to countries across west Africa, including Burkina Faso and Nigeria.

More broadly, Gates has his sights set high. "We want Africa, which is a huge net food importer today, to become a net food exporter by 2030. Our goal here is to take west Africa, where only 5% of households have chickens, and get that up country by country to 30%," he said.

How will he know the program is actually working? According to Batamaka Somé, an anthropologist from Burkina Faso who previously worked for the Gates Foundation and helped envision the concept, the program will be metrics-driven. "We will be looking closely at the numbers and impact," Somé said.