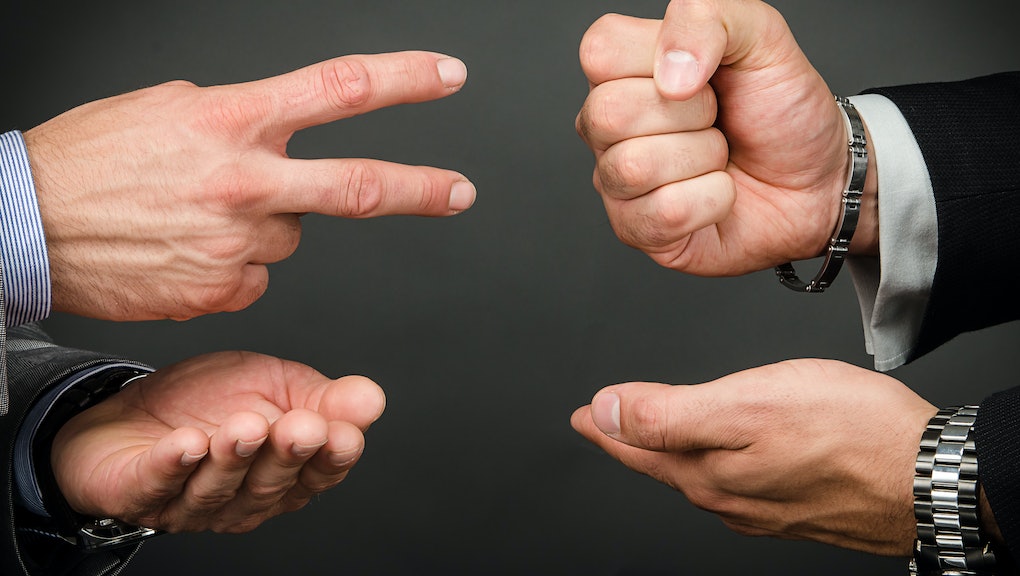 Win at Rock, Paper, Scissors Every Time With This Brilliant Trick

There's a way to increase your odds of winning rock, paper, scissors — if only we had known these techniques in elementary school.

Research has found there are a few simple ways to get an advantage over your opponents.

The first throw: Men tend to pick rock as their first throw, maybe because rocks are more of a stereotypically masculine symbol, author William Poundstone says.

After the first loss: Once someone loses a round, they generally don't throw the same thing they just threw immediately after. In fact, they often throw the thing that beat them.

If someone lost by throwing a rock against paper, they'll probably throw paper next. Knowing that can help you beat someone twice in a row.

If your opponent lost with a rock, they'll likely choose paper next. If they lost with paper, they'll choose scissors, and so on.

How to beat a winner: In general, people who win play the winning symbol again directly afterward, according to the Zhejiang University study. If your opponent just beat you with scissors, play rock against them next, because they'll likely throw scissors again.

A fun trick: One way to throw people off is to announce what you're about to throw before you throw it — and then follow through. Your opponent won't trust you, Poundstone says, and will be expecting you to throw anything other than what you announced.