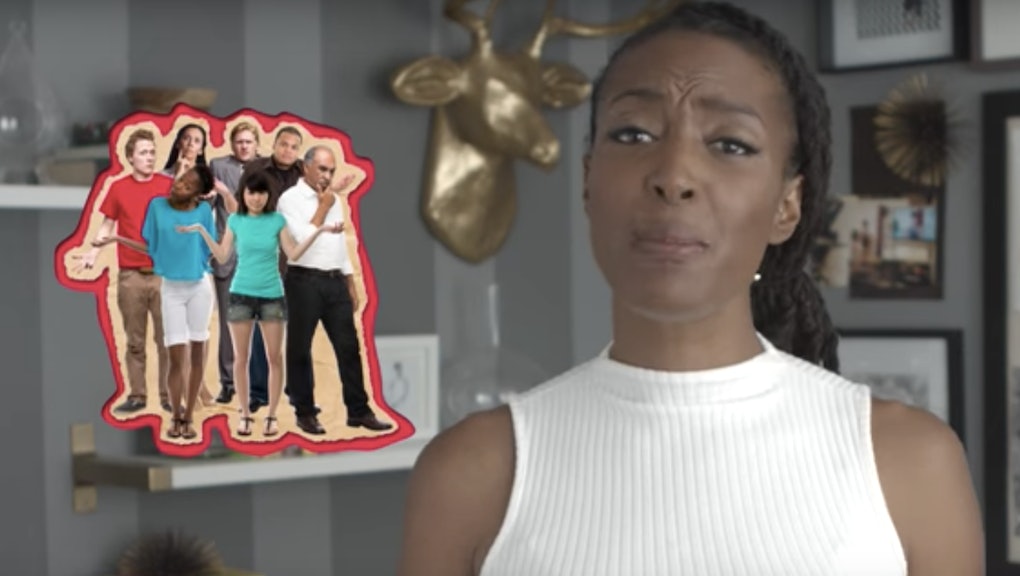 One Video Nails Why "Colorblindness" Will Never, Ever Fix Racism

"I'm not racist because I don't even see race."

People who claim to be colorblind think ignoring race will solve racism. Nope.

MTV's Franchesca Ramsey schooled everyone on color-blindness in one epic video:

Racism is a system that can be solved by new laws, not by ignoring it.

Here's the other thing about race:

To quote Francis Collins, leader of the Human Genome Project:

But race does exist. It's just a social construct:

Watch the full takedown of colorblindness on MTV's Decoded below: