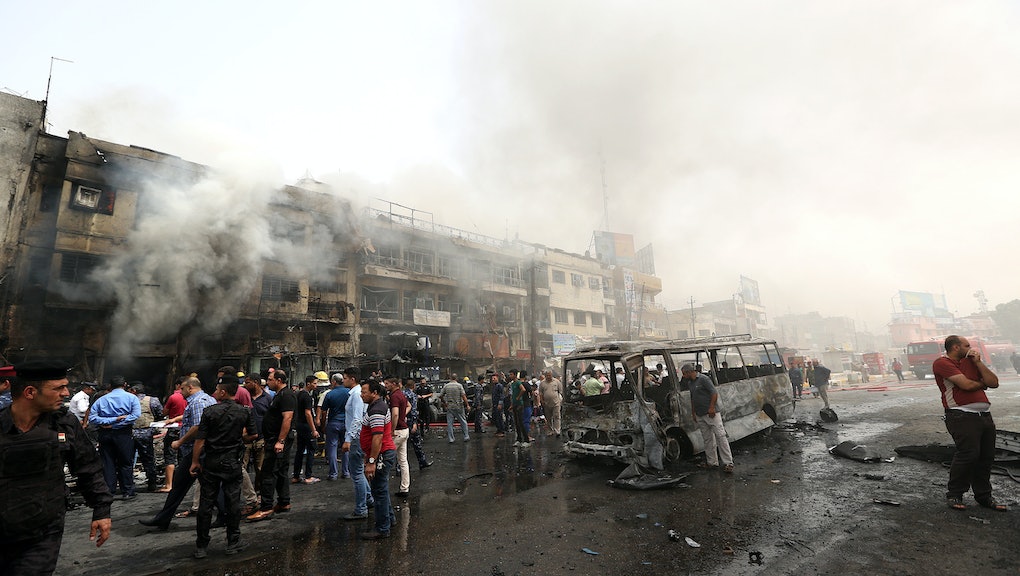 The Islamic State group, also known as ISIS, has claimed responsibility for two bombings that killed at least 31 people in Baghdad on Thursday as the militant group faces imminent military attacks against its key strongholds in Iraq and Syria, according to the Washington Post.

In the bustling New Baghdad region of Iraq's capital, a car strapped with explosives killed at least 19 after it was detonated, the Post reported.

A separate attack outside the Al Taji military camp in north Baghdad saw a suicide bomber kill at least 12 people, with several soldiers among the dead.

ISIS claimed responsibility for both bombings in a statement. Though the Associated Press has not yet verified the authenticity of the statement, it was posted on websites that have been used by the militant group for similar claims in the past.

This fresh wave of attacks comes at a time when the group is facing an increase in pressure by encroaching military offensives from Iraqi government forces.

As a response to this pressure, the group has ramped up violent attacks in Baghdad. According to the Wall Street Journal, one particularly violent week in May saw nearly 200 deaths in the city