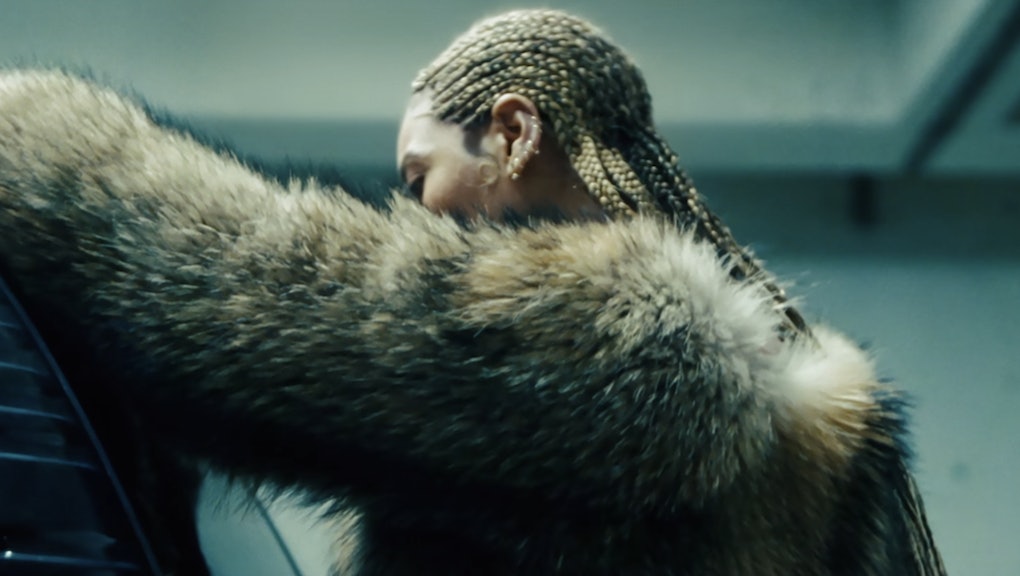 Beyoncé Sued for Allegedly Copying Another Artist's Film — Can You Spot the Similarities?

Another filmmaker is accusing Beyoncé of copying his work for her latest visual album Lemonade — and is demanding a piece of the lucrative pie.

Matthew Fulks, an independent filmmaker and creative director for a Kentucky news station, filed the suit Wednesday in New York against Beyoncé and her company Parkwood Entertainment, as well as Sony Music and Columbia Records.

"The number of aesthetic decisions included in plaintiff's Palinoia work that are parroted in Defendants' Lemonade trailer demonstrates that the Lemonade trailer is substantially similar to the Palinoia work," the lawsuit noted, published Wednesday by the Hollywood Reporter. "The misappropriated content includes both the particular elements that the plaintiff chose to comprise the Palinoia work and the coordination and arrangement of those particular elements."

In the suit, Fulks alleged he sent the film he created in July 2014 to Brian Younce, a music video director and member of Beyoncé's creative team, as he was being considered to direct a video for Columbia Records signed group MS MR. Side-by-side comparisons of his short film and Beyoncé's trailer are featured throughout his complaint, posted to Scribd.

"Both the Palinoia work and the Lemonade trailer are comprised of short visual and audio segments arranged in montage fashion, with certain segments recurring throughout the works," the suit continued.

Fulks goes on to detail what he thinks Beyoncé and her team lifted from his video for the trailer to her sixth studio album. He included "images of the central character in a state of distress," "hand-painted graffiti words in similar styles," "red persons with eyes obscured," "garages with repeating ceiling light fixtures and columns with the lower halves of the columns painted yellow," "overgrown grass" and "stairwells" as examples.

Even the audio sounds similar in both works according to Fulks: The soundtracks "follow a similar pattern in which harsh noises are separated by calmer sounds in a substantially similar time table," he noted in the suit. In both videos, women narrate a poem about a troubled relationship.

Fulks is demanding profits from Beyoncé's latest album for allegedly lifting ideas from his copyrighted short film. Beyoncé and her team have yet to respond to the suit. The lawsuit follows a documentary maker alleging Beyoncé used clips from his film on New Orleans in her debut "Formation" video off Lemonade, though her reps have since denied not having rights to use his footage.

Check out Palinoia and the trailer to Lemonade below: