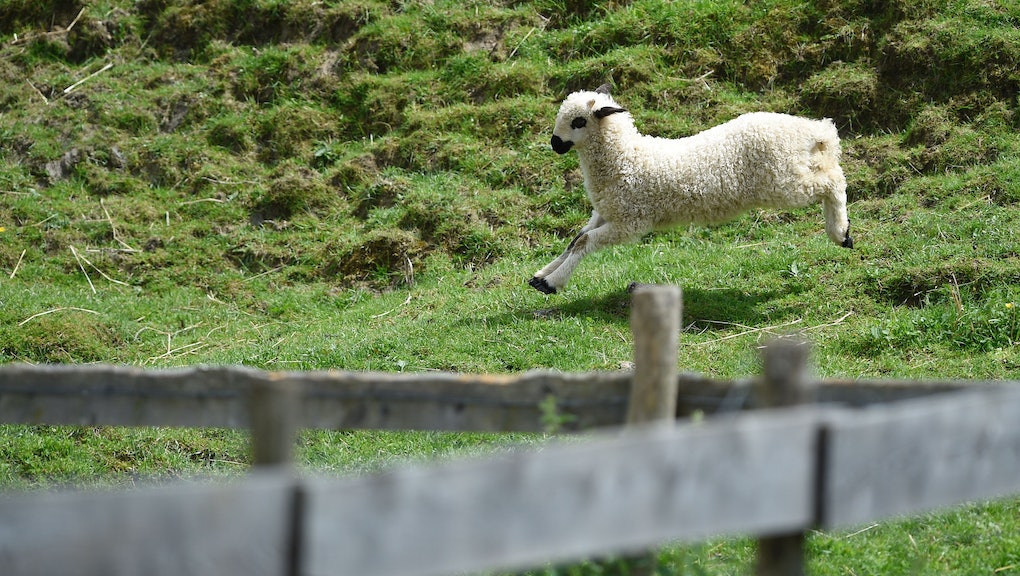 Watch 1,300 Sheep Set Upon a Spanish Town and Prepare to Bow to Your Sheepy Overlords

In news straight out of a fable, a shepherd fell asleep and his flock of 1,300 sheep stormed the town of Huesca, Spain.

According to Mashable, the sheep broke free of their pasture sometime after 4 a.m. local time and were found wandering the city center around 4:30 a.m., after concerned residents alerted the police to the sheepy onslaught. Video of the sheep was uploaded to YouTube on Tuesday.

The police, presumably knowing nothing about herding the animals, went looking for the shepherd, whom they found "peacefully slumbering," the Telegraph reported.

Apparently he was embarrassed when he awoke, but helped the officers corral the sheep back to their pen. Terror contained, the shepherd can now continue with the original plan, which was to lead the animals along the cañana real route to the Pyrenees pastures, where they will summer.

A video of police cruisers reining in the wooly incursion is available below, courtesy of the local police department's Facebook page. Some readers may find that the video is best viewed on mute with this playing in the background instead.