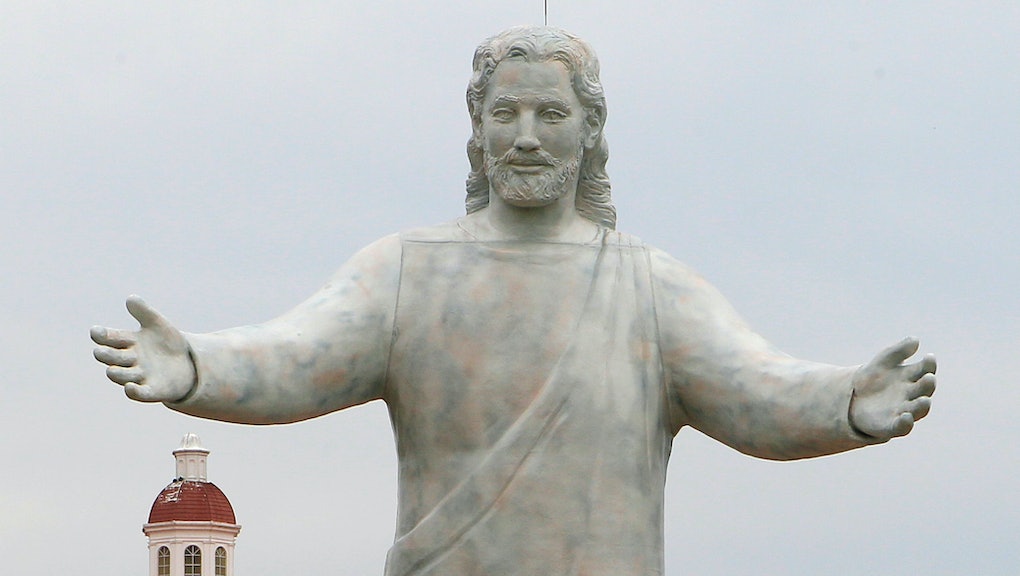 People are pissed about this new statue in Texas that depicts two girls taking a selfie:

While a multi-thousand dollar statue of the narcissistic activity that's plagued our generation can be found offensive, it's not even the worst statue in the United States.

There's this sexually suggestive statue of a young boy "riding" a turtle:

Which was totally approved by that kid who likes turtles:

Too bad you can't untag a statue.

And then there's this 62-foot Jesus statue in Monroe, Ohio, that was burned down:

Only to be resurrected as a 52-foot Jesus statue:

To be honest, it's better to have a selfie statue than a statue ruined by selfies.

Watch Wednesday's episode of Mic Check for the full experience: