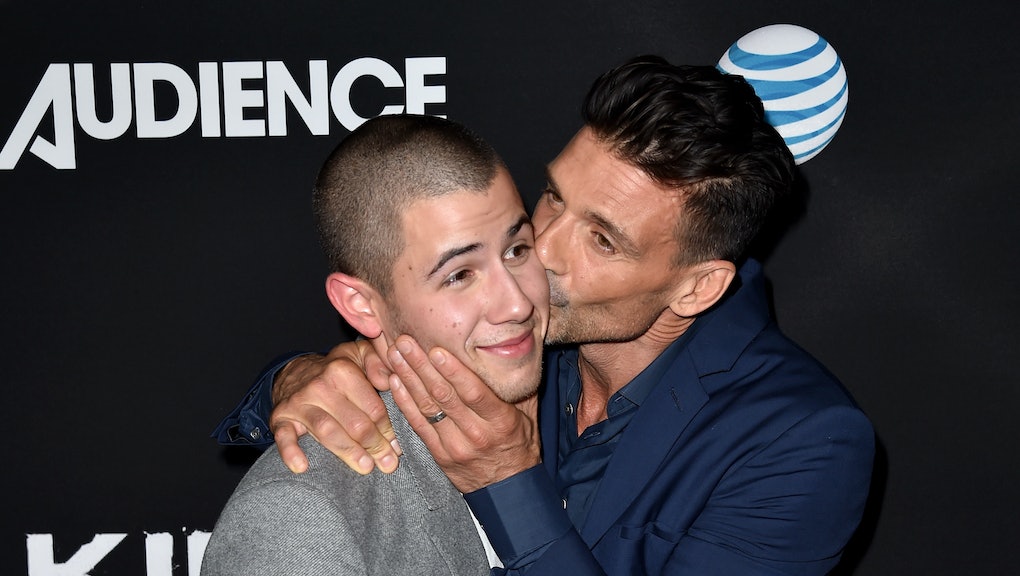 Nick Jonas finally took it all off for a gay sex scene on Kingdom — but every single shot included a woman's body in the mix.

On Wednesday night's episode of the TV drama, Jonas' character Nate was coerced into having a three-way with a man and woman at a party after he was drugged. Nate, an MMA fighter, is later seen waking up the next day in a state of confusion and vulnerability when he realizes he was violated.

But instead of providing a thought-provoking, intense and controversial moment for TV history in the midst of our nation's conversation on rape, Jonas was placed in artsy, slow motion and sexually charged scenes with a woman consistently interrupting moments between him and another man — fans of the show know Jonas' character Nate is gay, although he has remained closeted to his MMA peers.

The sex scene lit Twitter on fire. The charge was first led mostly by Jonas fans recording the clip and posting it to their timelines in disbelief.

But the drugging and apparent rape were quickly folded into the mix, drawing frustration and anger from viewers.

To many, what could have been a powerful moment for the LGBT rights movement, which has long been fighting for proper representation in film and entertainment, was turned into a hot and sweaty clip that perpetuates stigmas and takes away from gay representation.

Moreover, replacing Jonas' first gay sex scene with with the quintessential definition of sexual assault, takes away from the growth and development of his closeted character, as well as the debate on victim-blaming in rape cases. In the clip, Jonas seems to somehow be fully sober as he reaches for and grabs his sexual partners. It's a confusing and unrealistic storyline for what should have been a truly disturbing scene, had the producers wanted his first gay sex scene to be so unfortunate.