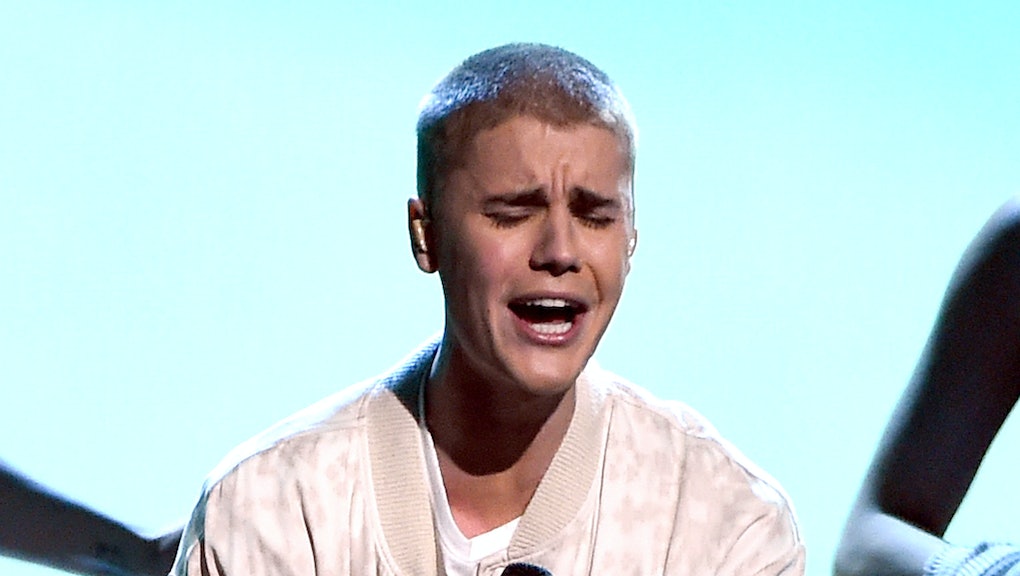 Justin Bieber Throws Punch, Then Gets Slammed During Fight Outside Cleveland Hotel

Justin Bieber may be entering a new era of self awareness, but it looks like he hasn't shed all of his trouble-making ways. Bieber got into a fistfight outside a Cleveland, Ohio hotel Wednesday night, video obtained by TMZ shows.

In the video, the Biebs can be seen scuffling with another man, before throwing a punch — that weakly connects — and getting dropped to the ground as others jump into stop the kerfuffle.

Bieber was sporting a Cleveland Cavaliers t-shirt and, according to TMZ, he was in the city for Game 3 of the NBA finals — so the fight may have possibly been sparked by trash talk. The site also notes that Bieber was being asked nonstop for pictures, which makes him "feel like a zoo animal."

Read more: Why Is Justin Bieber No Longer Taking Photos With Fans? Here's Why the Biebs Is Fed Up