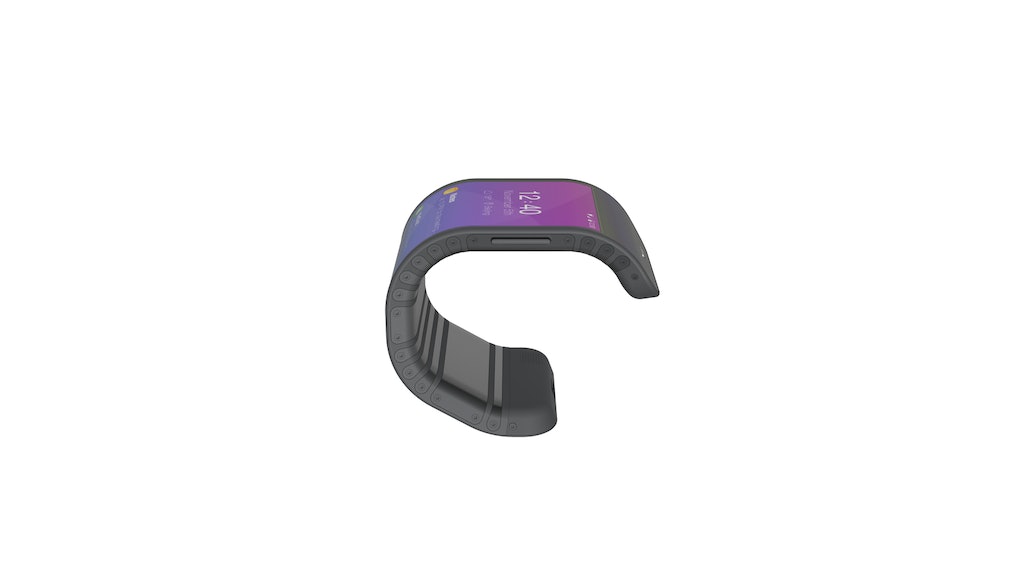 Lenovo announced during its Tech World 2016 event on Thursday that it is working on a bendable phone. The screen reportedly works, though the one the company showed off is just a prototype.

It's huge. If you're looking for a phone the size of a remote control that you can throw onto your wrist like a slap bracelet because it's too damn huge to fit in your pocket, then Lenovo's bendable phone is right for you.

The phone — which is called Cplus in Lenovo's press kit file — also has huge top and bottom bezels. It doesn't use the whole bendable surface area as a screen. At least it's something new and exciting — Apple has stopped packing in many exciting new features into its phones each year. In fact, it may stop releasing a phone every year, but every three years.

Lenovo isn't the first company to try and get you to drape your phone around your wrist — Samsung may also release phones with bendable screens next year, Bloomberg reported.

We have reached out to Lenovo for comment on... why this?