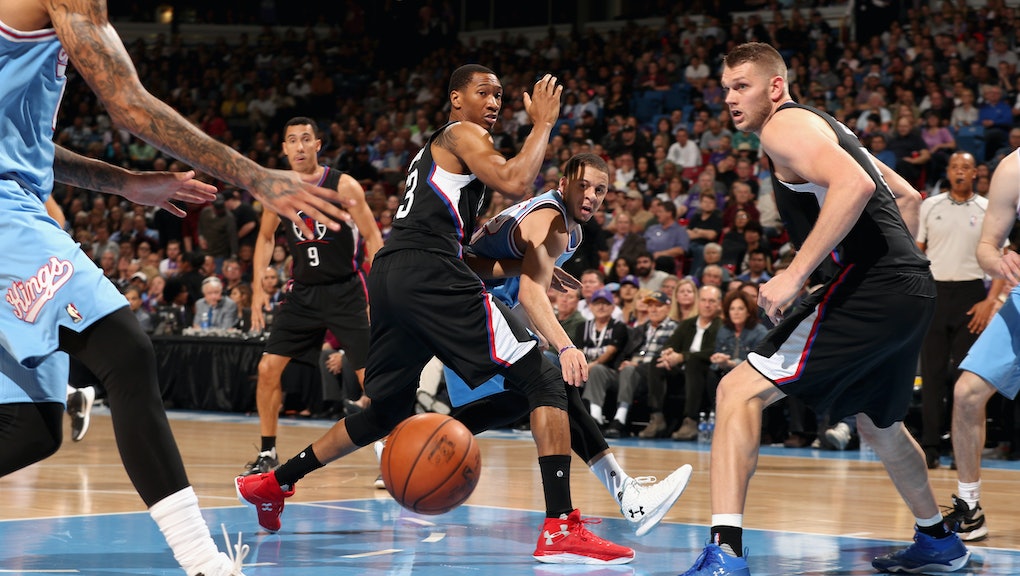 Barbecuing for the family. Shooting the perfect hole-in-one. Beating the traffic. The life of rich dads in America can be tough — luckily, NBA point guard Stephen "Steph" Curry has got their backs.

A new version of the Golden State Warriors player's signature shoe line with Under Armour is perfect for shooting hoops — or performing mundane dad-like tasks, as Twitter has expertly weighed in.

Every aging man needs a good pair of shoes. And thanks to the Curry Two Low sneakers being one of the blandest products pushed by a celebrity athlete in recent history, Twitter had a field day dragging the shoes to shreds in an uproar only not unlike to "the dress."

It all started when photos of Curry's brother (and fellow NBA player) Seth Curry wearing the white, plain sneaker that looks like the shell of a product Curry was supposed to design over — surfaced online Thursday morning.

The shoes quickly became a meme as people offered much more dad-friendly alternative titles for "The Curry Two Chef."

The "Beat the Traffic" 8s

The "Let Me Speak To Your Manager" 5s

The viral meme was a moment for Twitter to lambast the latest commercial product being flaunted by a celebrity who doesn't seem to have had much involvement in its production.

But it was also a unique opportunity for some to point out obvious racial stereotypes rich white fathers might employ in their daily shoe game.

The All Lives Matter 8s

It's typical for athletes to have sneaker lines with major athletic wear companies: Nick Young, Kobe Bryant, Kyrie Irving, Derrick Rose and Chris Paul all have their own lines of shoes, to name a few.

But this might be the first time the athlete-focused sneakers have turned into a meme for dads, thanks to the uncanny resemblance these shoes have to something almost everyone has seen their father wear at one point.

The shoes will be a part of meme history forever, thanks to an arguably much more creative designer who reimagined the shoes featuring another basketball legend: Michael Jordan and his crying face.

And with the way the general election seems to be shaping up, it doesn't seem unlikely the new kicks will find their way into the center of national politics — dad wouldn't want it any other way.