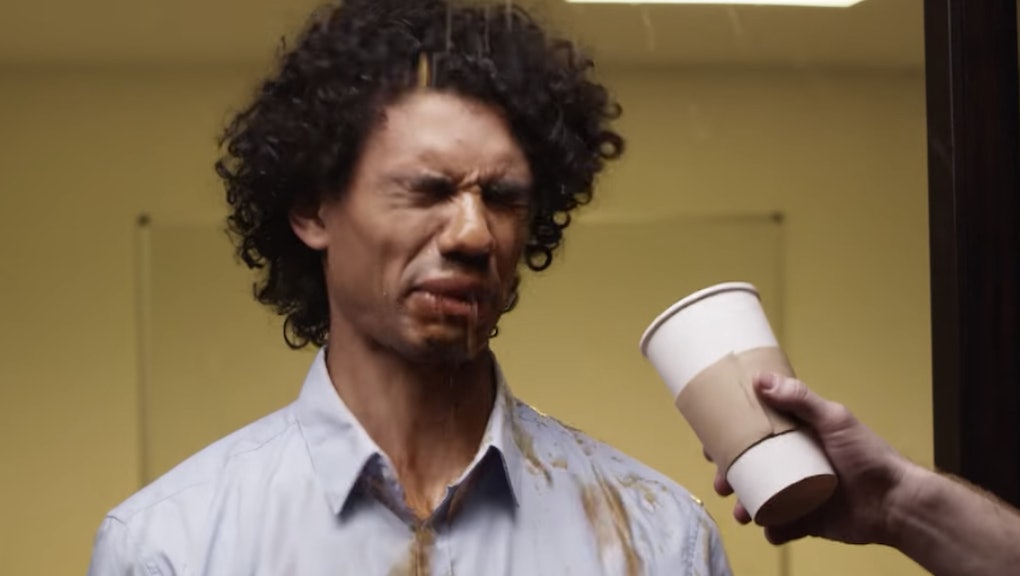 One Video Nails the Pure Horror of Unpaid Internships

Working for free is illegal in the United States — but companies use loopholes to get away with not paying their interns.

It's legal for people to work for free if they aren't technically "employees," but rather "trainees" working for their own "personal" or "educational benefit," based on a ruling by the Supreme Court.

Between 500,000 to 1 million people participate in unpaid internships each year.

According to the Atlantic, colleges requiring students to complete internships before they graduate presents a Catch-22: Students need to find work that pays, but need experience to get paid work.

MTV nailed the nightmare that is the unpaid internship in a pseudo trailer for a horror movie titled Unpaid.

By the end of the internships, students may leave broke, but rich with experience.

They can add accomplishments to their resumes like "memorized an extensive Starbucks order" and "survived being blatantly taken advantage of 10 hours a day, five days a week for two months straight."