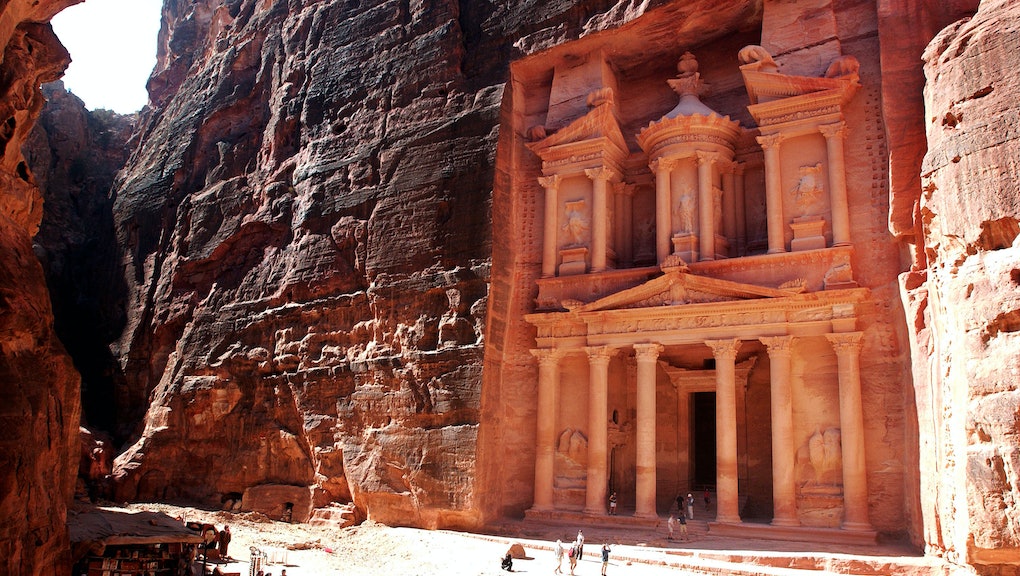 Beneath the sands of the Jordanian World Heritage site Petra sits a giant and unexpected monument "hiding in plain sight."

Found not 2,150 years too soon, researchers recently discovered the monument with the help of drones, satellites and ground surveys.

"This monumental platform has no parallels at Petra or in its hinterlands at present," the  wrote in a recently published report, according to the Guardian.

The two-level structure, which was probably used for ceremonial purposes, consists of a column-lined platform, a huge staircase and flagstones; it is said to stretch the length of an Olympic swimming pool and the width of two.

Located just half a mile south of the site's epicenter in southwestern Jordan, archaeologists have noticed the structure's existence in the past, but it looked too much like the common terrace walls to draw further examination.

Pottery found by the site dates it to being over 2,150 years old, during the heyday of the ancient city.

Film fanatics might recognize Petra, which was constructed by the ancient Nabateans, from Indiana Jones and the Last Crusade. At certain points in time, the wealthy city was ruled by the Romans, Byzantines and Ottomans until its abandonment in the seventh century. In 1812, Johann Burckhardt, a Swiss explorer, uncovered the spectacularly carved ruins.

The site has yet to be excavated. "To my knowledge, we don't have anything quite like this at Petra," said Christopher Tuttle, an archaeologist who has worked at Petra for about 15 years, told the Guardian.