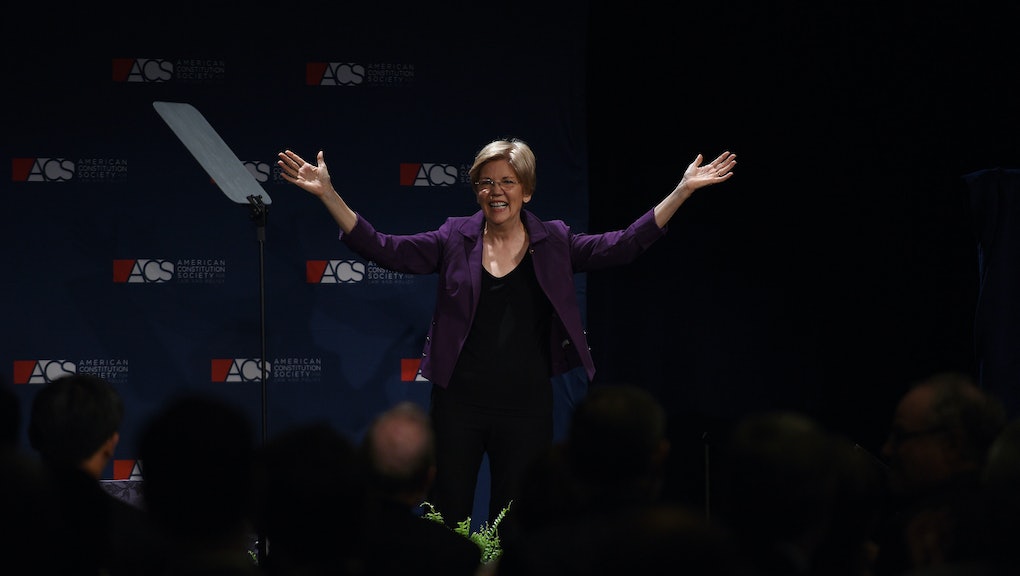 Now that she has formally endorsed Hillary Clinton, it appears Sen. Elizabeth Warren has Clinton's back when it comes to presumptive Republican nominee Donald Trump, doubling down on Clinton's Twitter jab at Trump Thursday.

Warren and Trump have continued to trade harsh words with one another in interviews and on social media, and Trump was back at it again Friday with regard to her endorsement of Clinton.

Warren, however, was quick to the Twitter draw, adding to Clinton's suggestion from yesterday that Trump delete his Twitter account, a slam that quickly went viral.

Warren endorsed Clinton for the Democratic candidacy on Thursday. "I'm ready to jump in this fight and make sure that Hillary Clinton is the next president of the United States and be sure that Donald Trump gets nowhere near the White House," Warren told the Boston Globe. "I'm supporting Hillary Clinton because she's a fighter, a fighter with guts."