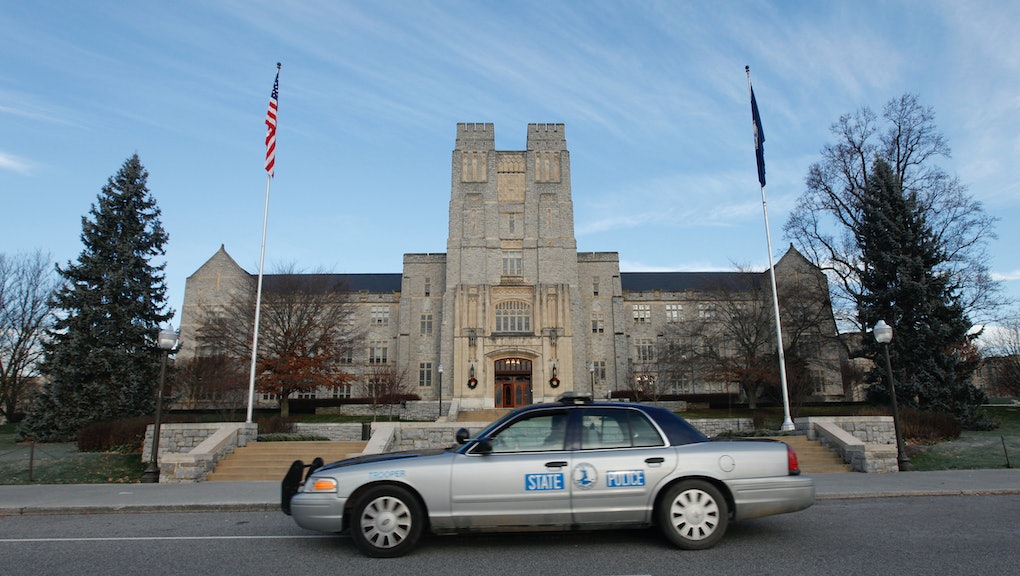 A Virginia Tech fraternity has been banned from the school's campus for a decade after a former pledge accused the fraternity of blindfolding and beating him last January.

An executive order sent by Virginia Tech to the Alpha Phi Alpha fraternity's headquarters said that its Theta Iota Chapter, the first black Greek organization ever instated at the school, was suspended for abusive conduct and hazing, and recommended that the chapter's charter be revoked, according to the Roanoke Times.

The school's official letter also detailed claims made by the pledge, who fraternity investigators interviewed extensively, that he had experienced brutal hazing that ultimately resulted in hospitalization.

He and five other pledges were picked up from a Virginia Tech parking garage, blindfolded and taken elsewhere at 9 p.m. Jan. 21. The blindfolds then were removed and the group was quizzed about fraternity history, the pledge said. When one got a question wrong, all six were attacked. The process lasted until 5 a.m. and was repeated Jan. 23, 24 and 25. The man said he went to class at 9 a.m. Jan. 26 but before his second class at 11 a.m., he turned ill and vomited.

"His head spinning, he went first to his home then to the home of a friend, who rushed the man to the hospital after he blacked out and tumbled into the snow," wrote the Times, which noted that the man is no longer enrolled at the university.

It is not clear yet whether criminal charges have been filed.

• Where Is the Line When it Comes to Fraternity Hazing?