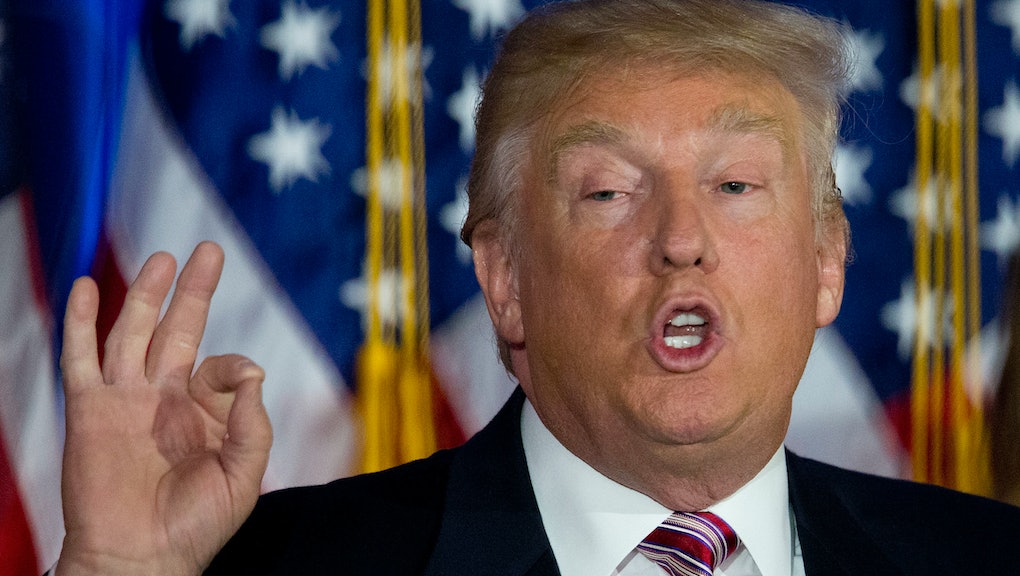 When Donald Trump opens his mouth, something comes out that's often outrageous (and racist, or sexist, or just straight-up disgusting).

So you may find it impossible to make someone who said, "You know, it really doesn't matter what the media write as long as you've got a young and beautiful piece of ass" say something that's even slightly shocking.

But why not give it a try?

There's now a website that lets you make Donald Trump say just about anything you want, Gizmodo reported. It's called Donald Trump Mishmasher.

Unlike the Obama version, however, the dictionary isn't at your disposal. The words you can string together need to be things Trump has said before. So aren't you glad Trump has said the words "I," "endorse" and "Hillary Clinton"?