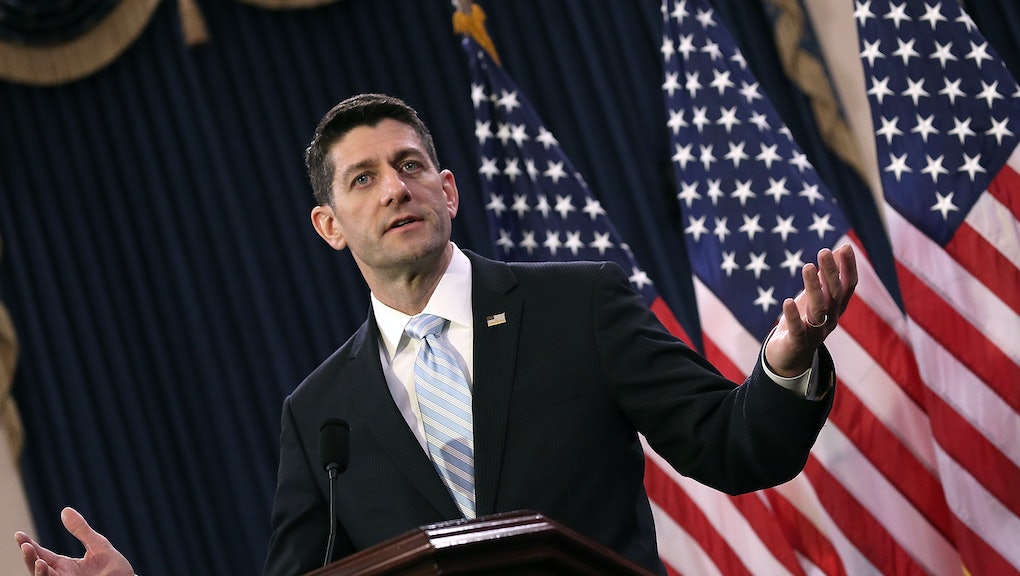 Republican leaders have made a point to publicly condemn Donald Trump's most recent racist comment (you know, the one about it being a problem that a federal judge is Mexican even though he's not born in the United States).

Illinois Sen. Mark Kirk said the Republican party doesn't stand for comments that are "too racist and bigoted."

But certain Republicans spew racism all the time — Trump's just more blatant about it.

"Racism has long been prevalent in Republican politics," Sen. Harry Reid tweeted. "Only difference now is that Trump is saying out loud what other Rs merely suggest."

Here are some examples:

Racism has plagued the Republican party for so long that some refuse to even speak the word.

So when it comes to racism in the GOP, as long as it's not "too racist and bigoted," as Sen. Kirk put it, it's cool.

Watch Friday's episode of Mic Check for the full experience: