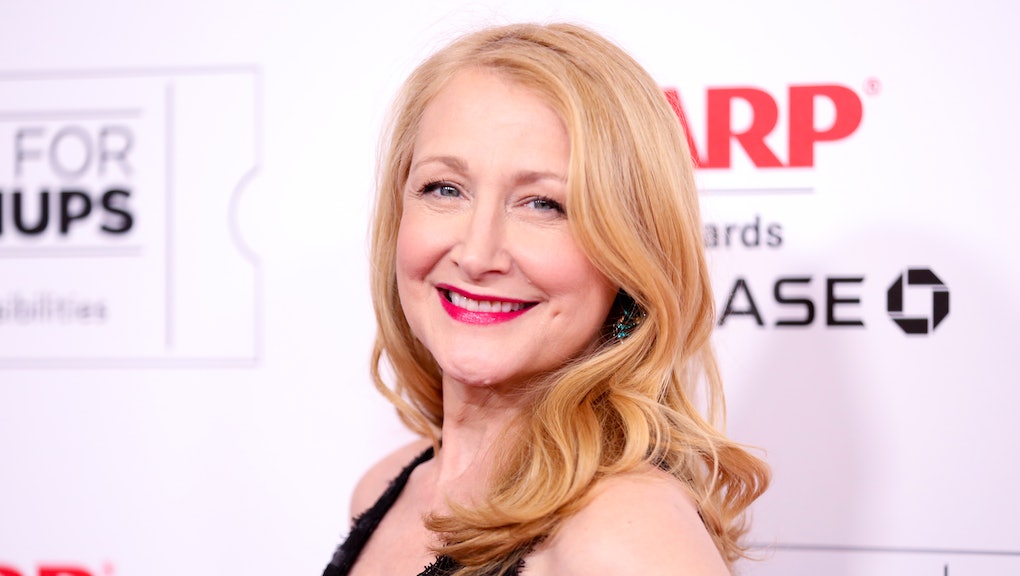 White, straight men have it easiest in Hollywood — and actress Patricia Clarkson isn't letting them forget it. In an interview with the Guardian on her upcoming film Learning to Drive, Clarkson said she wants to put white male actors in a time-out for often failing to check their privilege.

"A white male actor should never be allowed to complain about anything," she said. "Shut up and sit in the corner. I mean, seriously!"

Clarkson specifically called out Game of Thrones actor Kit Harington, who claimed in May that he's a victim of reverse sexism. At the time, he pointed out what he called a sexist "double standard" in the industry — but said that it is one that affects men just as acutely as it does women. Clarkson's advice to him? Get over it.

"You have an amazing career and you're on a hot show," said Clarkson. "Take your shirt off."

Clarkson said female actresses only have a handful of role types to choose from and they usually rely on sexist stereotypes. As a 56-year-old woman, Clarkson said Hollywood sees her most fit to play "desexed, matronly" parts.

"These archetypal older women in movies can sometimes make my skin crawl," she said. "It's about the one dimension, it's about the lack of any texture."

For any male actor whose feelings Clarkson may have hurt (we're looking at you, Henry Cavill), it's unlikely the actress will offer any apologies. Of her life choices, Clarkson told the Guardian, "I probably should have more regrets. But I don't."