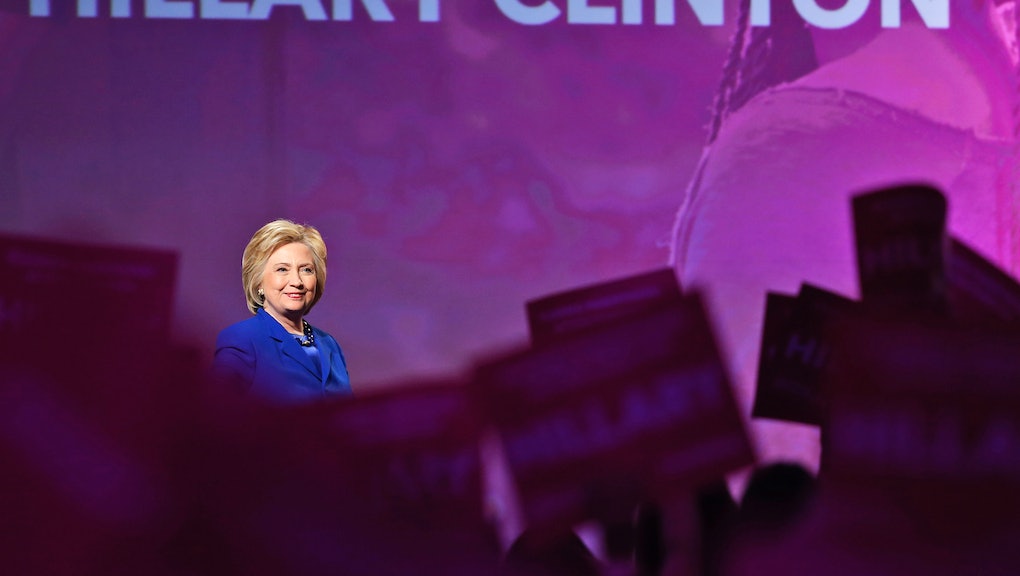 Hillary Clinton Escalates War with Donald Trump: "He Has No Idea What's Best For Women"

Hillary Clinton ripped into Donald Trump on Friday, calling him out for trying to repeal abortion rights and opposing equal pay for women in her first major speech since clinching the Democratic nomination on Tuesday.

Clinton made the speech at the Planned Parenthood Action Fund's national conference in Washington, D.C., where she focused exclusively on reproductive rights and women's equality — and paid homage to her history-making candidacy as the first female nominee of a major political party.

Read more: Hillary Clinton Proclaims Historic Victory: "We All Owe So Much to Those Who Came Before"

"Donald assures us as president, he'll be, and I quote again, 'The best for women,' and then wants to defund Planned Parenthood and wipe out safe, legal abortion," Clinton said. "He has no idea what's best for women."

In her speech, Clinton sought to paint Trump as a grave threat to women's rights.

"Anyone who would so casually agree to the idea of punishing women like it was nothing to him, the most obvious thing in the world, that's someone who doesn't hold women in high regard because if he did, he would trust women to make the right decisions for ourselves," Clinton said.

"Have you ever noticed that the same politicians who are against sex education, birth control and safe and legal abortion are against policies that would make it easier to raise a child like paid family leave? They are for limited government everywhere, except when it comes to interfering with women's choices and rights."

She also warned voters not to write off Trump's rhetoric, quoting the late poet Maya Angelou, who said "when someone shows you who they are, believe them the first time."

"Do we want to put our lives, our futures, in Donald Trump's hands?" she added. "These questions are not hypothetical, every woman and everyone who cares about women will answer them when they vote in November."