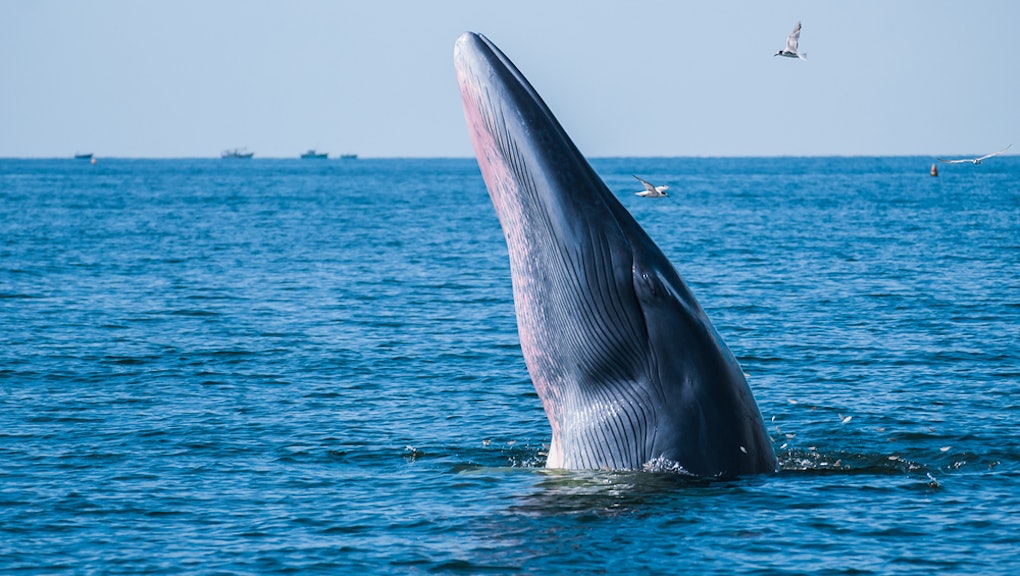 Rare drone footage of endangered Bryde's Whales swimming off the coast of Auckland, New Zealand may just out-serene any CD of ocean sounds.

Researchers from the Auckland University of Technology were originally observing dolphins with their custom-made, water-proof drone when they caught sight of a 40-foot whale feeding its calf in what's called "lunge feeding."

The drone allowed for them to capture footage in an unprecedented way.

"When we go in by boat, the boat's presence disturbs the animal," researcher Dr. Barbara Bollard Breen told CNN. "With a drone, we can park off and record without disturbing. We are seeing animals play at depths with things we can't see in the boat."

The whales eat plankton that's just below the surface of the water, but not many humans have seen this.

This precious moment is almost never caught on tape, or even seen by human eyes. In fact, there's only about 200 of these Bryde's Whales left in the waters of New Zealand.

"I was in awe of these creatures," Breen said in a quote in the video. "Never before have I seen anything like this. There is no way we would see so much detail from a boat-based survey."