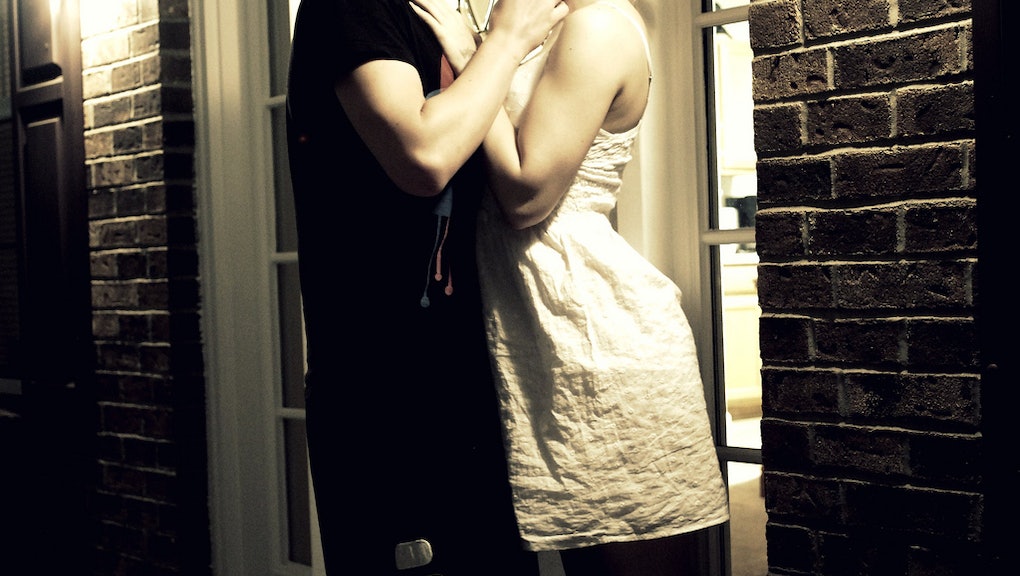 What It's Like to Be a Teenage Sex Offender

When Ken Thornsberry was in high school, he did something a lot of high school students do: He had sex with his teenage girlfriend. As a result, he spent the bulk of his early adulthood behind bars.

Thornsberry was an 18-year-old senior when he met his high school girlfriend, Emily Lester, who was a 14-year-old freshman at the time. The pair quickly fell in love and began sleeping together about a month into their relationship. For the following year, they kept their sexual activity a secret from their parents because Lester didn't want to get in trouble with her father. But it was also because they could get in trouble with the law.

In Michigan, where Thornsberry and Lester both still live, the age of consent is 16. So although Lester maintained she consented to sex with Thornsberry, legally it didn't matter. Technically, every time the couple had sex, Thornsberry was committing a sex crime — one that could land him in prison or on a sex offender registry. Of course, that wasn't something either adolescent considered too carefully at the time.

"When you feel like you're untouchable, just [being a teenager], the last thing I was thinking about was prison," Thornsberry, now 30, said in a recent phone call. "It didn't really register."

When Lester's father found out his daughter was having sex, he decided to press charges against Thornsberry. A judge sentenced him to one year in jail and three years' probation and required him to register as a sex offender, which, per Michigan state laws, prohibits him from being around children under 18 and living within a specified distance of a school. He was also prohibited from seeing Lester, a stipulation he violated shortly after getting off the registry, landing him behind bars for another six years.

Such weighty restrictions are common for registered sex offenders in accordance with registry laws, which came into existence relatively recently. In the 1990s, states began to enforce sex offender registration as a sentence for various sex crimes, from public urination to sexting. The lists, which typically make registrants' addresses and other identifying information available to the public, are perhaps most commonly associated with offenses against minors and are often framed as a way to protect children and adolescents from sexual abuse.

Yet a (not insignificant) number of people who end up on sex offender registries are adolescents themselves who engage in sexual behavior with other adolescents that is statistically and developmentally normal. Such cases are often known as "Romeo and Juliet" offenses in statutory rape cases between two young people with only a handful of years between them.

According to Andrew Harris, a professor of criminology and justice studies at the University of Massachusetts Lowell who studies juvenile sex offenders, while people under 21 certainly don't make up the majority of registrants, several hundred have been required to register for Romeo and Juliet offenses, sometimes when they're still minors themselves. The consequences can be devastating.

"There's no good spin on being placed on a sex offender registry from the perspective of someone being placed on the registry," Harris said in a phone interview. "Particularly for someone entering young adulthood, it's a huge barrier to being economically self-sufficient. ... For people who are just starting out their lives, it can be a huge impediment to their social integration."

Being convicted of a Romeo and Juliet offense can disastrously reorient a young person's life, according to Nicole Pittman, director of the Center on Youth Registration Reform at Impact Justice and an expert on teen sex offender registration.

"Most offenders on registries have to submit to child safety zones — anywhere a child would congregate," Pittman said in a phone interview. "For a [teen] placed on a registry for a Romeo and Juliet offense, there's a real possibility they can't live in a home with anyone under the age of 18. They might have to move in with a grandparent or go to a foster home. They might not be able to go to school, to churches, parks, libraries. It just keeps going on."

And, as she and Harris both noted, there are major emotional challenges to being labeled a sex offender at an early age.

That's particularly true in light of the fact that most sex offender registry laws aren't exactly nuanced enough to accommodate for the fact that more than half of teens have sex by age 19, according to Pittman. Instead, she said, adolescents who have sex with minors tend to get "the same treatment that an adult could get if it was a 40-year-old man that had sex with a 12-year-old girl."

"[It's] so damaging and detrimental for kids," Pittman said. "The children I've met later, in their 20s and 30s, have suicidal ideations and depression and hopelessness. These are kids that are displaying technically normally behavior. It's not an ingrained behavior. They're being children."

The law's lack of recognition of the inherent differences in circumstances and relationship dynamics isn't just frustrating to the teens who end up on registries, or to their parents, or to Pittman. It can also be traumatizing for people like Lester, Thornsberry's girlfriend, who was legally considered a victim despite pursuing sex while underage.

"For what the situation was, it still blows my mind to this day that Ken went to jail for all that time for [having sex with me]," Lester said by phone last week. "I felt like if he was going to get in trouble, I should get in trouble too. We were equal. It makes me mad he had to go through all that."

Some states have tried to rectify the conflation of people like Thornsberry with older adults who sexually abuse children, acknowledging that maybe teens who have consensual sex with other teenagers shouldn't be considered sex offenders. In the past decade, several jurisdictions have enacted Romeo and Juliet laws, which make room for couples like Thornsberry and Lester to have sex without punishment, so long as their age difference doesn't exceed a certain number of years (usually three).

Because only a handful of states have enacted Romeo and Juliet laws, however, there are some teen couples that can legally have consensual sex without being tried for statutory rape, and others that technically cannot, simply because of where they live. Different states can also have different laws regarding legal defenses in statutory rape cases: In some places, if an underage partner lies about their age, it counts as a legal defense for the potential sex offender.

That discrepancy mattered quite a lot to Les Anderson, whose son, Zach, was tried at 19 for having sex with a girl five years his junior, who said she was over 16, the age of consent. Anderson and his family live in northern Indiana, where the law is more sympathetic with regard to minors lying about their age, but Zach and his underage partner had crossed the state line to Michigan the night they had sex.

"I don't think he was fully [aware of the consequences]," Anderson said by phone recently. "He may have been prosecuted [in Indiana], but I don't think there's a jury that would've found him guilty, just for the simple fact that the girl came to court along with her mom and testified and asked for the charges to be dropped. But [in] Michigan ... whether it's a girl or a guy, if the younger partner lies about their age, it doesn't matter. You're supposed to know."

In a highly publicized case last summer, Anderson's son was sentenced to 90 days in jail and 25 years on the registry, which he appealed. Eventually the sentence was reduced, but Zach still faces a slew of restrictions: According to his father, he's not allowed to talk to anybody under the age of 18, and can't go to malls or parks, or really "any place younger people hang out." Zach, now 20, declined to comment for this article and is no longer giving interviews, his father said, in an effort to regain some normalcy despite the limitations of his sentence.

The takeaway from the case is pretty clear, Anderson said: Teenage sexual activity is something to be penalized, rather than viewed as something normal, or even something parents should teach their children about at all.

Even as someone who encouraged his kids not to have sex until marriage, the thought that underage sex can ruin a young person's life is something with which Anderson takes issue. "My wife and I weren't happy our son had been having sex, and I think he learned from that," he said. "But at the same time, your whole life should not be ruined because of one night."

Some people who have been placed on registries for Romeo and Juliet offenses, like Zach Anderson, have managed to be removed from the lists after the fact, especially with the rise of statutes that offer protections for sexually active adolescents.

Others, like Thornsberry, have had to wait much longer. Though he was released from prison in 2011 and removed from the registry two years after he was first convicted, he has remained on parole for nearly five years. In that time, he has struggled to maintain a job and has not been able to attend college, as he's required to disclose his history as a sex offender.

With his parole term set to end next month, Thornsberry believes he'll finally be able to begin his adult life. But there are still caveats: He needs to get pre-approval before attending family events with children under 18, for instance.

"Believe it or not, you think it's going to help you [to be off the registry], but so many other things have to change; it affected me, in every way," Thornsberry said. "I've met a lot of people who have had this issue, but they're nervous to get out there. You want to get off parole and live your life. People I've met in this situation really have a good head on their shoulders, they just didn't understand the severity of what they were doing when it happened."