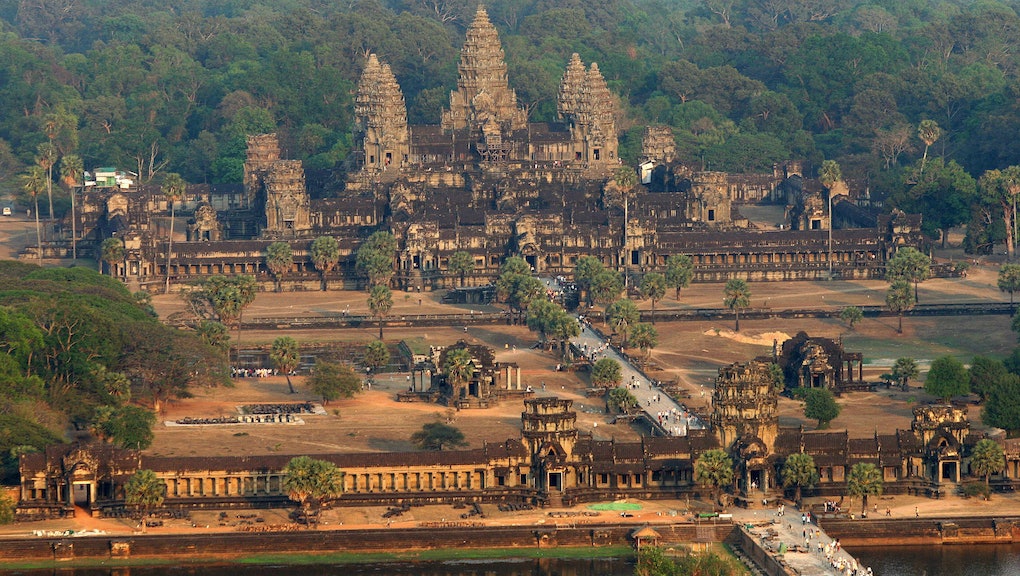 Researchers have discovered a vast network of hidden cities laying deep under the lush Cambodian jungle near the medieval mega-city of Angkor Wat, in "groundbreaking discoveries that promise to upend key assumptions about south-east Asia's history," the Guardian reported in an exclusive on Friday.

The cities range from 900 to 1,400 years old and at their peak around the year 1,100 may have made the Khmer regime in Angkor the biggest empire on the planet. The discovery, the result of high tech airborne laser scanning technology, also revealed "elaborate water systems that were built hundreds of years before historians believed the technology existed," according to the Guardian.

"We have entire cities discovered beneath the forest that no one knew were there – at Preah Khan of Kompong Svay and, it turns out, we uncovered only a part of Mahendraparvata on Phnom Kulen [in another 2012 survey]," Australian researcher and Siem Reap's École Française d'Extrême-Orient (EFEO) fellow Dr. Damian Evans, who led the study, told the paper.

"This time we got the whole deal and it's big, the size of Phnom Penh big," he added, referring to the capital city of Cambodia, which has a population of 1.5 million.

"Our coverage of the post-Angkorian capitals also provides some fascinating new insights on the 'collapse' of Angkor," Evans added. "There's an idea that somehow the Thais invaded and everyone fled down south — that didn't happen, there are no cities [revealed by the aerial survey] that they fled to. It calls into question the whole notion of an Angkorian collapse."