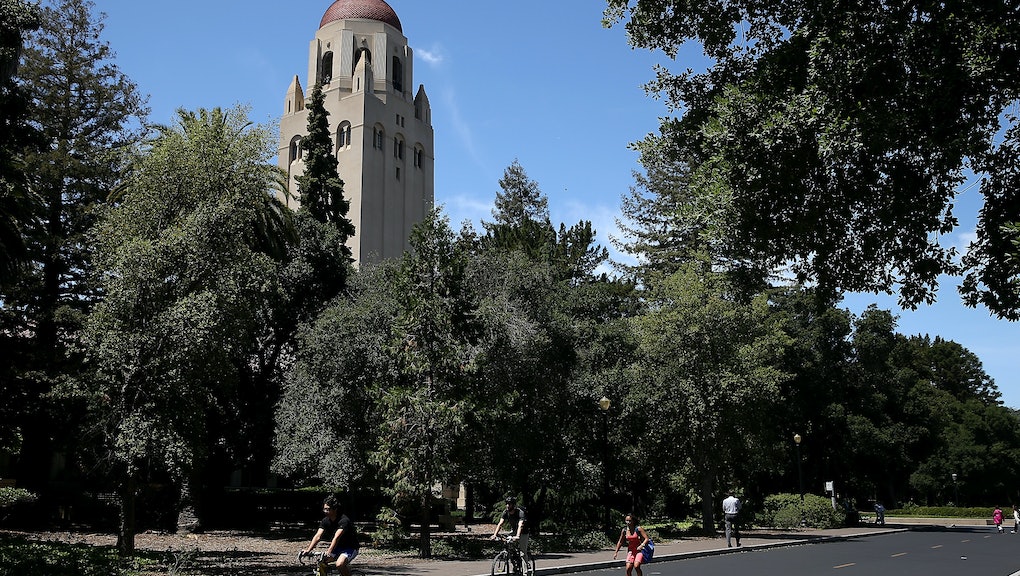 The father of Brock Turner, the Stanford University swimmer convicted of intent to rape a woman yet who only received six months' jail time, wrote a disturbing letter asking for his son to be treated with leniency in which he referred to the assault as "20 minutes of action."

In the letter, the elder Turner wrote she fears prison time would be a "death sentence" for her son, as well as "damaged forever and I fear he would be a major target." Turner added her son had "lived an exemplary life," but never mentions the victim or the immense pain she said she suffered in an open letter read in court to the convicted sex offender.

"My first thought upon wakening every morning is, 'This isn't real, this can't be real. Why him? Why HIM? WHY? WHY?'" Carleen Turner wrote. "I have cried every single day since Jan. 18. ... His dreams have been shattered by this. No NCAA Championships. No Stanford degree, no swimming in the Olympics (and I honestly know he would have made a future team), no medical school, no becoming an orthopedic surgeon."

"I know what a broken heart feels like," she continued. "It is a physical pain that starts just below the collar bone and extends to below the rib cage, it is a crushing and heavy ache that feels like I am being squeezed. This feeling has not left my body since the verdict. This verdict has destroyed us."

"Your honor, please be kind and merciful to my beautiful son," Turner concluded. "He is suffering and will continue to pay for this for his entire lifetime."

As the Kansas City Star's Kate Irby pointed out, the letter essentially suggests Turner's entire family believed he should suffer no prison time for a very serious sex crime. The convicted sex offender obtained similar letters from his grandparents and sister Caroline Turner, the latter of whom wrote, "Think of the extraordinary potential he has to be a voice in society and speak out against the binge drinking and sexual promiscuity that defines culture on college campuses."

It's almost like they think Turner is the real victim here, not the actual victim — the woman who was raped.

"It is enough to be suffering," the unnamed victim wrote in response to the Turner's family and defense team after they suggested he was himself a victim of campus drinking and promiscuity. "It is another thing to have someone ruthlessly working to diminish the gravity of validity of this suffering. ... This is not a story of another drunk college hook­up with poor decision making. Assault is not an accident. Somehow, you still don't get it. Somehow, you still sound confused."