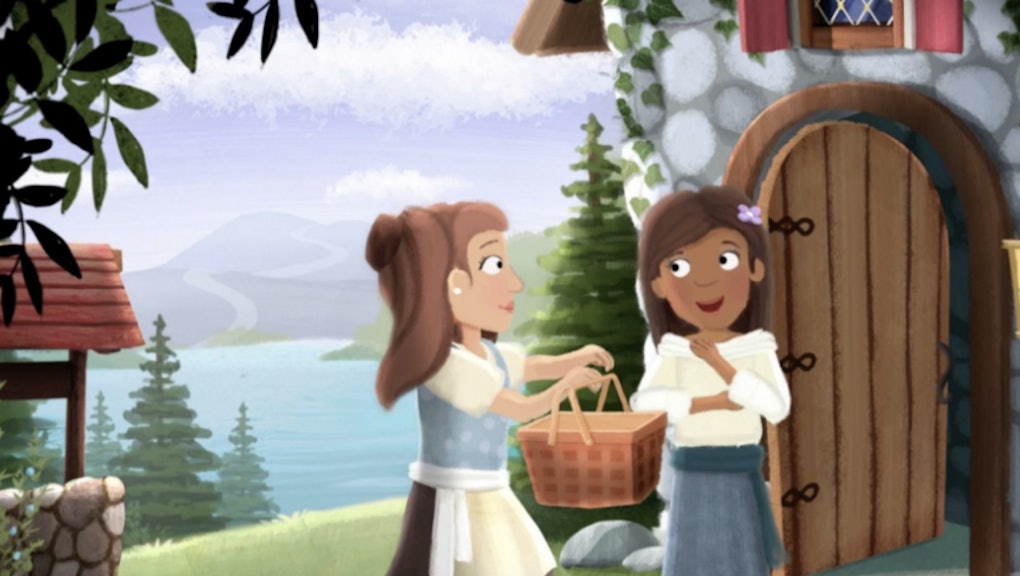 Hulu's Newest Cartoon Is a Lesbian Fairytale for Children

Hulu's new animated short, Rosaline, follows a young maiden on her trip through the woods to deliver a basket of treats to her sweetheart. It's standard fairytale fare, in all ways but one: Rosaline's sweetheart is a woman.

Along her journey, Rosaline crosses paths with a witch, a wolf and her own fairy godmother, courageously overcoming each obstacle as she encounters it. When her fairy godmother offers to conjure up a Prince to rescue her, Rosaline politely declines.

"That's kind of you to offer, but you haven't seen my dreams. Every person's wish is theirs and it's not always what it seems," she replies in the animated short's rhyming verse.

The cartoon, which debuted in the midst of LGBT Pride Month, is the second queer love story brought to Hulu by director Daniel Errico. His first, The Bravest Knight Who Ever Lived, debuted last year and told the story of a gay pumpkin farmer.

The animated short's release comes in the wake of calls for Disney to give Elsa, the heroine from "Frozen", a girlfriend. Fans have used the hashtag campaign #GiveElsaAGirlfriend in the past to show their support for the move, which many people would help to increase LGBT representation in children's media.