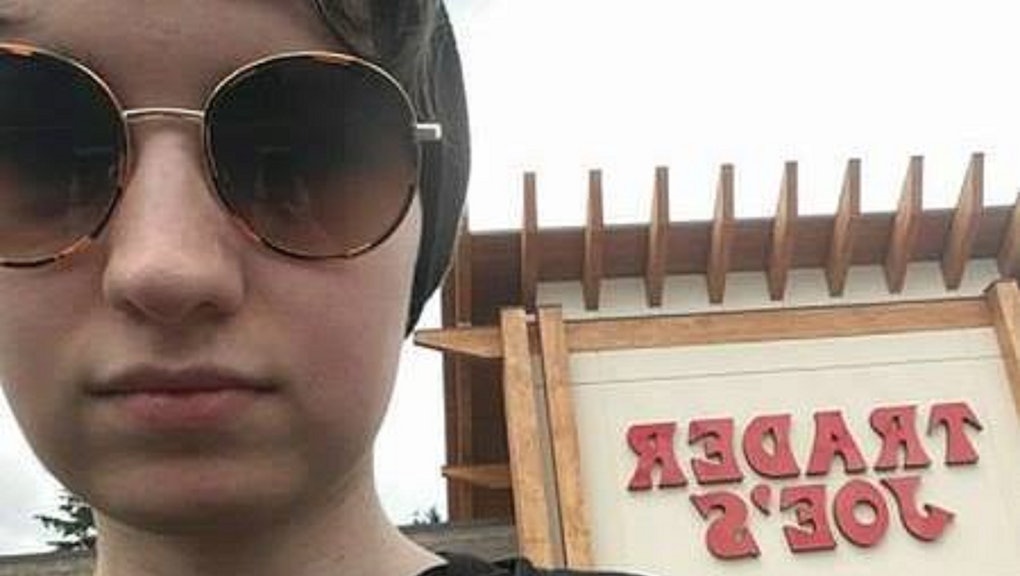 This Agoraphobic Woman Had the Perfect Response to Street Harassment

This photo isn't just another selfie.

Brenna Mae, who says she lives with agoraphobia (an anxiety disorder characterized by lack of comfort or panic attacks in potentially unsafe situations), posted the image to Twitter with a caption explaining it captured a moment of harassment, as well as a personal triumph.

"Dear driver who yelled at me for taking a selfie on the sidewalk outside Trader Joe's, I know what you thought you were seeing," Mae wrote. "Just a self-absorbed, shallow millennial, documenting a mundane task for no reason. 'Stupid kid,' you might have thought, 'not every little thing has to be documented. Put your phone away and get on with your life.' But here's the thing. I also know what you were unable to see: I am agoraphobic."

According to Mae, the driver yelled "nobody cares that you're going to the fucking grocery store."

But people did. Mae wrote she has not been out in public by herself for three years, due to her agoraphobia, and "even when going in public with loved ones, I can become wracked by anxiety, crippled by panic attacks where I could barely breathe or talk."

"This morning, alone in my apartment, I experienced a flash of strange courage," Mae continued. "For once, I didn't wait around to see if it would stay ... [going outside] felt powerful. I felt free."

She added while the stranger might have been rude to her, they were nonetheless around for an important experience for her — and "I'm sorry that you'll never know."

Mae also posted the experience failed to ruin her day,

Agoraphobia-induced anxiety is "caused by fear that there's no easy way to escape or seek help if intense anxiety develops," writes the Mayo Clinic. "Most people who have agoraphobia develop it after having one or more panic attacks, causing them to fear another attack and avoid the place where it occurred. People with agoraphobia often have a hard time feeling safe in any public place, especially where crowds gather."

According to Psychology Today, "approximately 1.8 million American adults age 18 and over (about 0.8 percent of people in this age group in a given year) have agoraphobia without a history of panic disorder." Approximately six million adults experience any kind of panic disorder each year, the Anxiety and Depression Association of America additionally reports.

Social stigma is a major contributor to the economic impact ($2.5 trillion worldwide in 2010) of mental illness, wrote Michael Freidman in another Psychology Today article, because it hampers detection and treatment, causes social isolation which "associated with poor mental and physical health outcomes and even early mortality," and reduces the resources available to the mentally ill.

"Overall, increased awareness is probably one of the most important things that can be done to counteract stereotypes," Friedman wrote. "... [Award-winning mental health journalist] Knight Raskin told me, 'To me, there's only one thing standing in the way of our ability to care for mentally ill people in this country, and around the world: stigma.'"