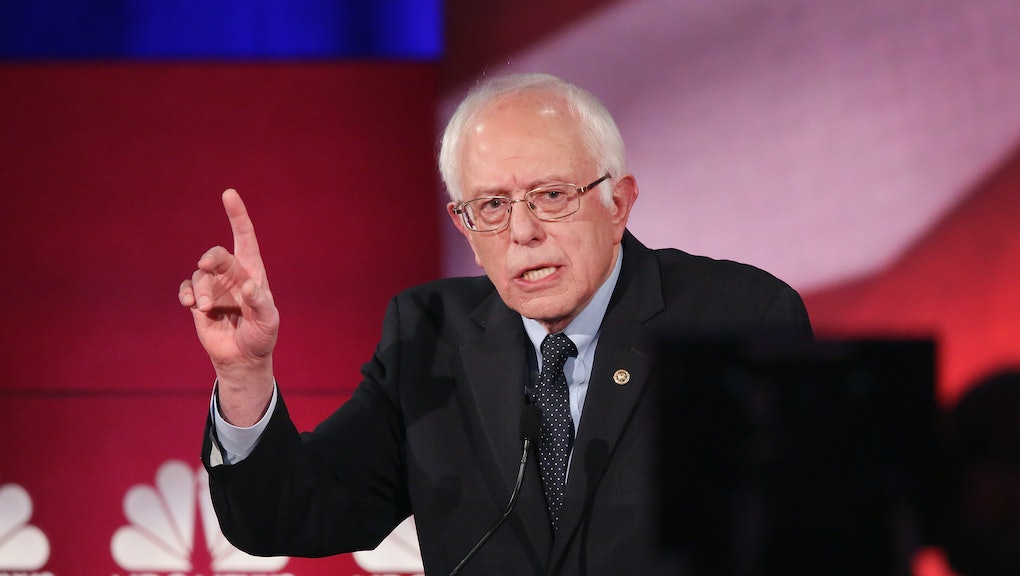 Early Sunday morning, a gunman walked into Pulse, a gay nightclub in Orlando, Florida, and opened fire. He was armed with "an assault-type rifle and a handgun," according to the Associated Press, and killed at least 50 people.

The shooting is being investigated as an act of terrorism, prompting many online to speculate about possible religious motivation. But as presidential hopeful Bernie Sanders explained to Chuck Todd on NBC's Meet the Press Sunday, the real culprit, according to Sanders, is gun control — or more precisely, lack thereof.

"I believe that in this country, we should not be selling automatic weapons which are designed to kill people," Sanders said, according to an emailed statement from NBC. "We have got to do everything that we can on top of that to make sure that guns do not fall into the hands of people who should not have them, criminals, people who are mentally ill."

The Vermont senator called the shooting "horrific" and "unthinkable," adding that he believes there to exist "a very broad consensus in this country" between most, but not all, gun owners who believe "we have got to do everything that we can to prevent guns from falling into the hands of people who should not have them. That means expanding the instant background checks, it means doing away with the gun show loophole, it means addressing the straw man provision."

Sanders has traditionally taken a less aggressive stance on gun rights than has his Democratic opponent, Hillary Clinton, maintaining that individual states should legislate on the issue but that certain measures should remain in place to keep guns out of the wrong hands. At the time of writing, Sanders was the first and only candidate to have framed the shooting as a problem of gun control.

The shooter has been tentatively identified as Omar Mateen, a 29-year-old man from Port St. Lucie, Florida. So far, no information is available on the provenance of the weapons he used. The shooting, which left an estimated 50 people dead and 53 wounded during Pulse's Upscale Latin Saturday event, comes in the middle of LGBT Pride Month.