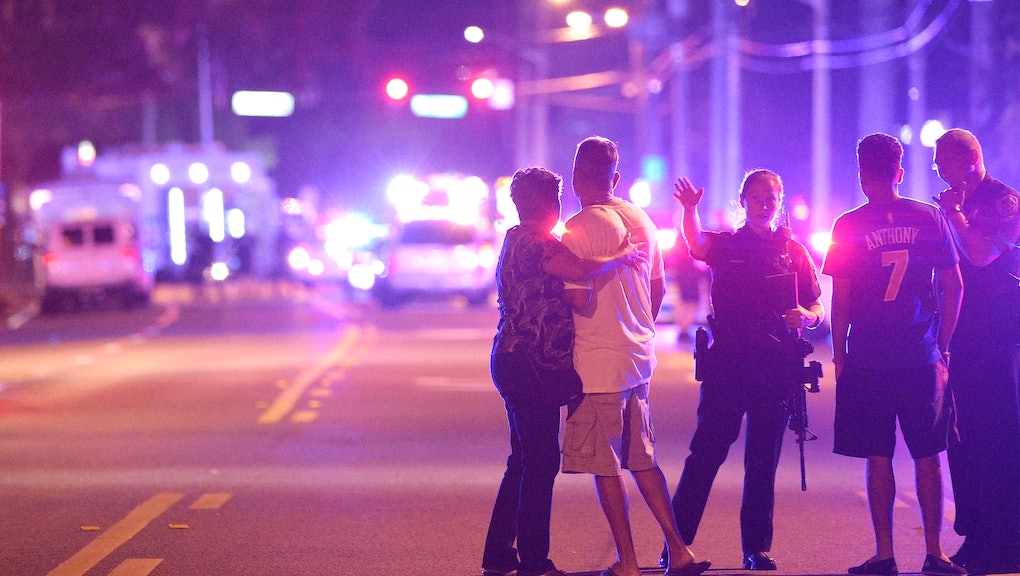 A death toll of 50 would place the Pulse nightclub massacre as the deadliest mass shooting in modern U.S. history.

Law enforcement sources have tentatively identified the shooter as Omar Mateen, a 29-year-old Port St. Lucie man born to Afghan parents. In an interview with NBC, the shooter's father said the shooting may have been motivated by his son's bigoted views against gay people.