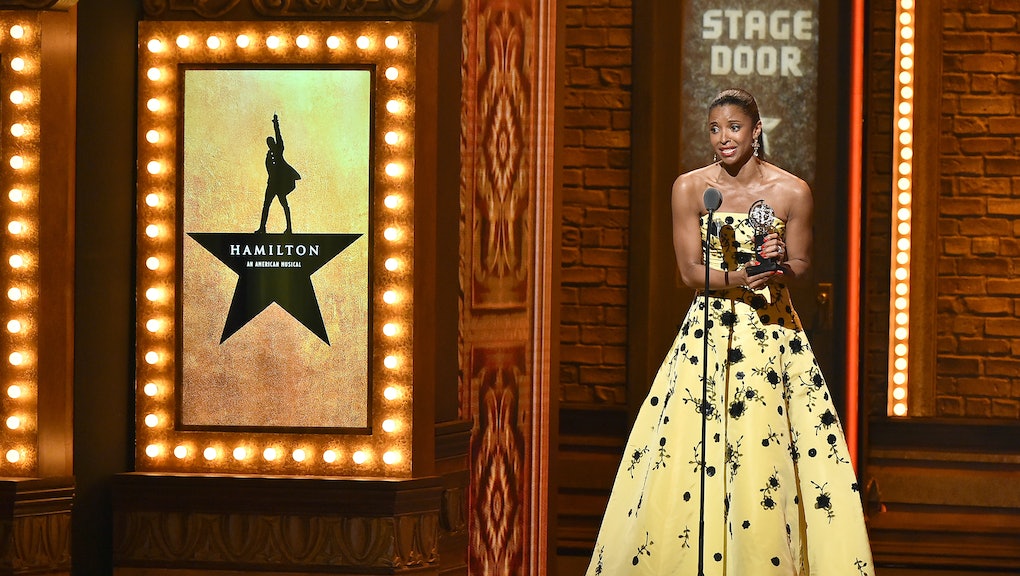 The 70th annual Tony Awards on Sunday will likely be remembered as historic for several reasons, in no small part thanks to Hamilton's dominance. But there's one record in particular that stands out — and it lies in the musical actor categories.

For the first time in Tonys history, all four of those categories — lead actor, lead actress, featured actor and featured actress — featured winners of color. Those winners, respectively: Leslie Odom Jr. of Hamilton, Cynthia Erivo of The Color Purple, Daveed Diggs of Hamilton and Renée Elise Goldsberry of Hamilton.

The only time the Tonys got close to this record previously was in 1982, when the stars of Dreamgirls won the lead actor, lead actress and featured actor categories. (It lost featured actress in a musical to Liliane Montevecchi for Nine.)

There was one year when all the musical acting categories went to performers of color — 1985 — but the lead actor and actress in a musical categories weren't given out that year, so it's an inexact comparison. No, by every real metric, this year marks a major record.

Together, these four acting winners made history Sunday night. After a year of marked diversity for both Broadway and the Tonys, this conclusion feels remarkably appropriate.