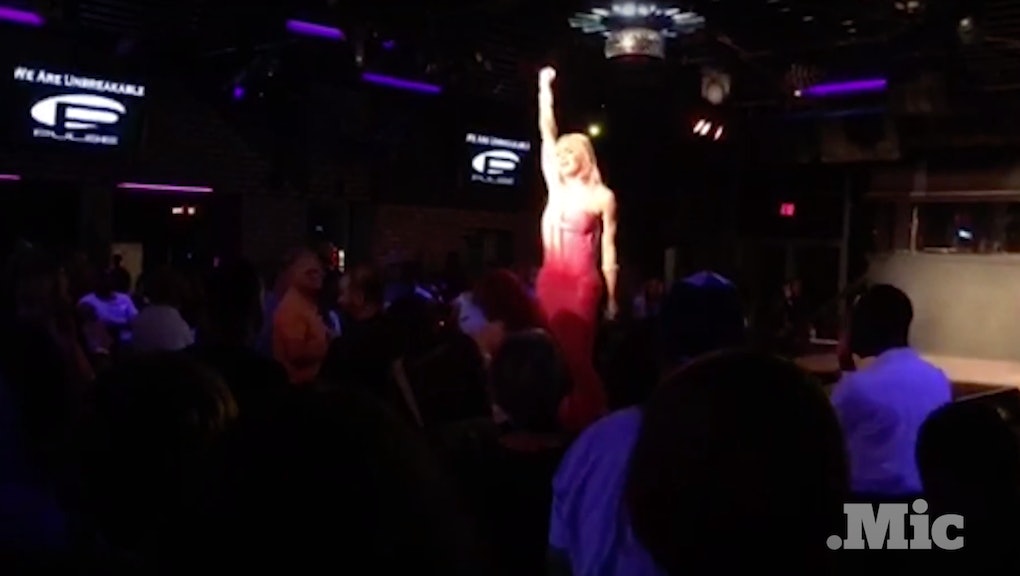 A crowd of several hundred, who braved bad weather and fear for their own safety to attend the event, gathered for a vigil to remember the 50 dead and dozens wounded at the mass shooting that took place in the early hours of Sunday morning at Pulse, an Orlando nightclub. The nightclub was celebrating a Latin-themed night at the time.

Sonique stooped down from the stage to cradle sobbing men in her arms as she sang.

Watch the moving performance below: