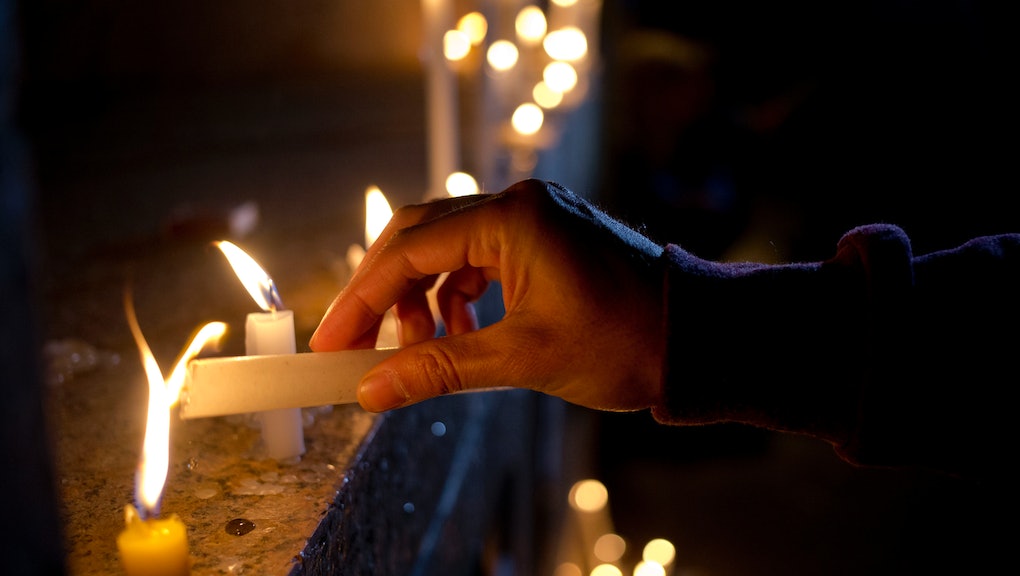 In Wake of Orlando, One Graph Shows the Grim Reality of Our Tolerance for Gun Violence

Sunday morning's attack at the gay nightclub Pulse in Orlando, Florida, left 50 dead, including the shooter, and 53 wounded — the deadliest mass shooting in modern U.S. history.

But while it left the world stunned and illustrated to some an even more pressing need for action on gun control, time has shown this sense of urgency will eventually wear off.

According to a Google Trends graph put together by ThinkProgress, the interest in gun regulation has remained steadily low over time, with small spikes following the San Bernardino, California, Virginia Tech and Sandy Hook massacres.

As time passes, though, these spurts of interest flatten out until the next tragedy strikes:

As ThinkProgress noted in its report, the largest increase in concern over gun reform came with 2012's Sandy Hook Elementary School shooting in Newtown, Connecticut, which claimed the lives of 27 victims, 20 of them children. At the time, the tragedy spurred legislation to expand background checks which was swiftly thwarted in the Senate.

Nonetheless, Connecticut Sen. Chris Murphy, who at the time of the tragedy represented the district including Newtown in the state legislature, continues to speak out for strict gun control, delivering some of his most fervent remarks after the San Bernardino shooting. Chastising politicians for the futility of "thoughts and prayers," Murphy had tweeted, "Your 'thoughts' should be about the steps to take to stop this carnage. Your 'prayers' should be for forgiveness if you do nothing — again."

Others, though, lost faith in the nation's leaders to effect change after Sandy Hook.

Following the 2015 mass shooting at Umpqua Community College in Roseburg, Oregon, that killed 10, British journalist Dan Hodges tweeted, "In retrospect, Sandy Hook marked the end of the U.S. gun control debate. Once America decided killing children was bearable, it was over."

In his statement on the Orlando shooting, President Barack Obama said the U.S. is again at a crossroads.

"This massacre is, therefore, a further reminder of how easy it is for someone to get their hands on a weapon that lets them shoot people in a school or in a house of worship or a movie theater or in a nightclub," Obama said. "And we have to decide if that's the kind of country we want to be, and to actively do nothing is a decision as well."

June 13, 2016, 2:13 p.m. Correction: A previous version of this story misstated the number of children who died in the Sandy Hook shooting.