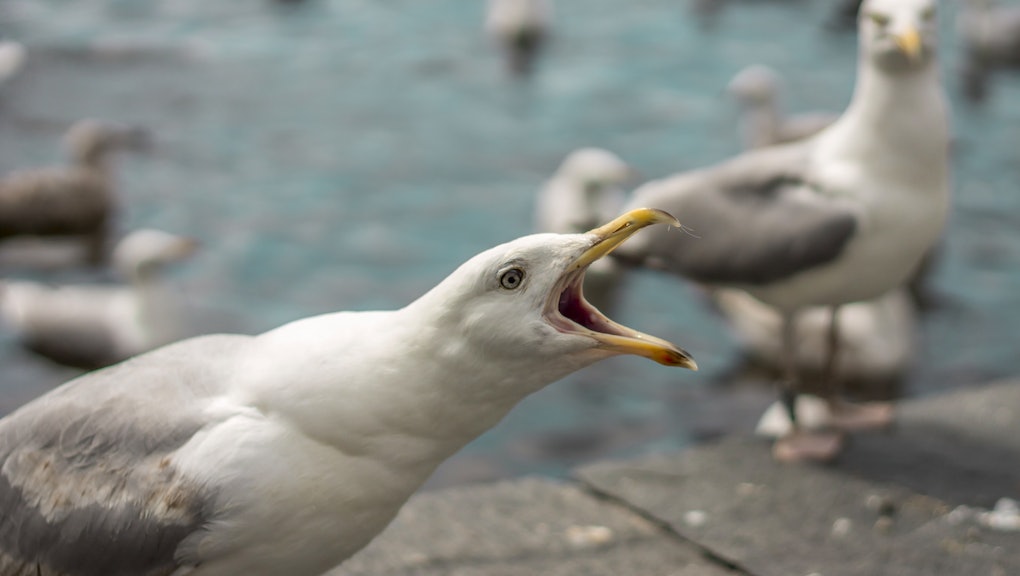 Lunch-Stealing Seagulls Are Bullies, But One School Has Found an Epic Way to Fight Back

For Perth Grammar School in Tayside, Scotland, there's not just one, but a flock of bullies snatching up students' lunches. Seagulls have reportedly been swooping down to the outdoor lunch tables and sneaking off with students' and staff's sustenance, according to the Independent.

Thankfully, a lunchtime hero, Spiney the Harris' hawk, was hired to save the day (and the snacks). The school dedicated nearly $10,000 to employ Spiney to offer his watchful, seagull-scaring eye during lunchtime.

Harris' hawks are powerful hunters, and not a friend to other winged creatures. They hunt small mammals like squirrels, rabbits, wood rats and kangaroo rats, and also go after medium-sized birds like quail and woodpeckers, according to Audubon.

"The council arranged for hawking activity to take place at Perth Grammar School as a pest control measure to deter seagulls which had been nesting on site and causing a nuisance to pupils, staff and visitors," a Perth and Kinross Council spokesperson told the Independent.

The spokesperson said that Spiney's term is now over, and the school will look into other measures, like disrupting seagull nesting, to prevent future lunch snatching.

Spiney's legacy will join that of other birds of prey who've helped to keep pests away. At past Wimbledon matches, a beloved hawk named Rufus was employed as a security guard to keep pigeons from landing on the courts. Rufus was such a help and a hit with fans, beer brand Stella Artois featured him in a commercial: