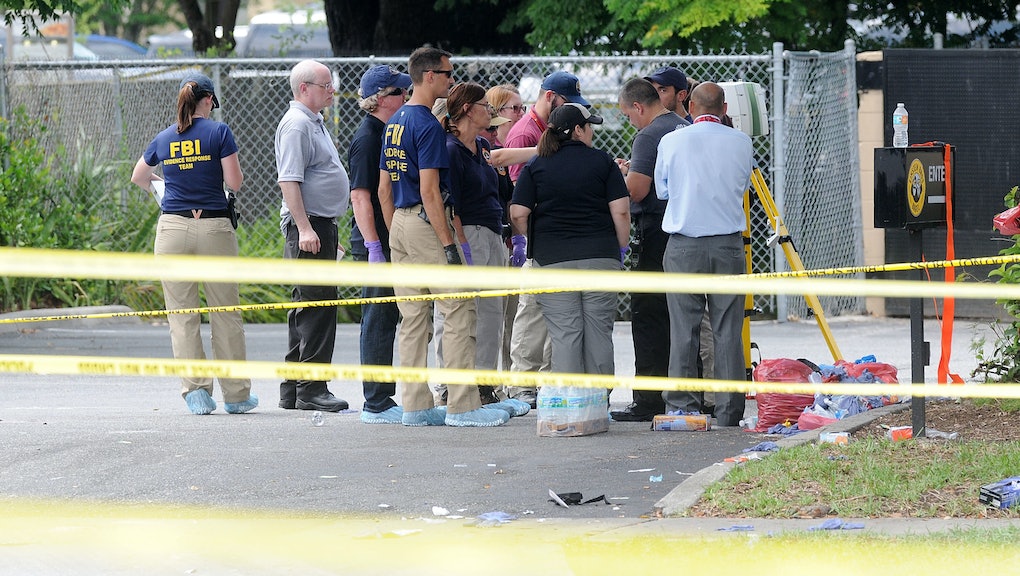 In the wake of the shooting at the gay nightclub Pulse in Orlando, Florida, which claimed the lives of nearly 50 people, details have been slowly emerging about the life of identified shooter Omar Mateen. On Monday, the New York Times spoke with Sitora Yusufiy, Mateen's ex-wife, who shed some light on Mateen's background and alleged that he had a history of domestic abuse.

According to Yusufiy, both her and Mateen were immigrants from Muslim families who had lived on the East Coast for years. After the couple married in 2008, he often expressed his hatred of LGBTQ people.

"There were definitely moments when he'd express his intolerance toward homosexuals," she told the New York Times.

Yusufiy, who said she last saw Mateen in 2009, described her ex-husband as having an erratic, Jekyll and Hyde-esque personality. "He was totally two different people sometimes, and would turn and abuse me, out of nowhere, when I was sleeping," she told the New York Times.

According to Yusufiy, Mateen abused her not only physically, but also financially and verbally, forcing her to hand over her paychecks and forbidding her to call her parents.

"He beat me. He would just come home and start beating me up because the laundry wasn't finished or something like that," she told The Washington Post.

Her parents eventually caught wind of the situation and came to physically remove her from her abusive household in Florida, taking Yusufiy back to their home in New Jersey.

Unfortunately, her experience is not unique. According to the National Coalition Against Domestic Violence, one in five women will experience "severe physical violence" from an intimate partner and every nine seconds, an American woman is assaulted or beaten. Studies of American Muslim communities found that reports of domestic abuse were slightly lower than the national average, although the stigma of being a domestic abuse survivor still discourages many women from reporting.

"The Muslim community is under a lot of scrutiny, so they are reluctant to look within to face their problems because it will substantiate the arguments demonizing them," writer and activist Rafia Zakaria told the New York Times.

Mateen's former coworker Daniel Gilroy echoed many of his ex-wife's allegations about his behavior. Gilroy told the Miami Herald that Mateen was constantly raging about "queers" and "dykes" and that his aggression was specifically targeted at people who challenged his ideas about race and gender. "It was always about violence ... All he wanted to do was cheat on his wife," Gilroy told the Herald. "He had very little respect for women."

Mateen was investigated by the FBI at least twice, but the Afghan immigrant wasn't considered "a threat," according to the Herald.

Although the New York Times did not specifically note whether Yusufiy had ever reported her ex-husband to the police, there is a statistical correlation between gendered violence and mass shootings. A 2014 study of 133 mass shootings across the country based on FBI data found that the shooter had killed a current or former intimate partner in 57% of cases. In at least 21 instances, the shooter had a prior domestic violence charge.

Research from the Journal of the American Medical Association indicates that even misdemeanor domestic violence offenders are two to ten times more likely to commit a crime with their firearms than average gun-owners. The American Psychological Association has repeatedly recommended stricter firearm regulations for domestic violence offenders, which it has identified as a "high-risk" group.