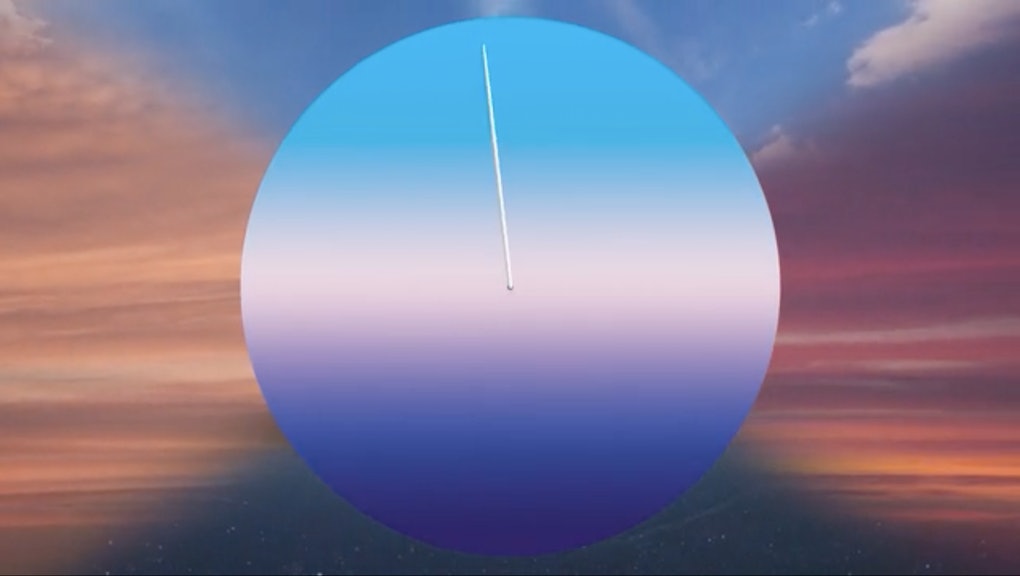 This New Clock Redesigns the Way You Measure Time

Time, as Apple founder Steve Jobs once noted, is perhaps the human race's most valuable asset. It is at once infinite and yet ironically limited, and how we measure it suffuses the human experience. That's why Scott Thrift wants to redefine the measurement of time with his new 24-hour clock, called "Today."

He's created a Kickstarter for the clock, which abandons the current sexagesimal system of 60 minutes per hour, resetting every 12 hours.

"Today" has one hand — instead of the conventional three (for the hour, minute and second) — which simply measures the hours of the day. The face is a gradient of colors and the location of the hand on the face of the clock roughly corresponds with the color of the sky at that particular time of day.

"I feel a responsibility to introduce these methods to expand our awareness of time," Thrift says in his Kickstarter video. "Because the way we measure time has everything to do with how we measure life itself."

"I never imagined myself as someone who introduces new scales of time, but I can't imagine being involved in anything more urgent, meaningful and rewarding," he adds on his project's page. "The way we measure time dictates our behavior, and so we deserve access to scales that are more appropriate for the way we live our lives now and far into the future."

The current method of timekeeping was introduced in the mid-19th century in Britain, initially known as "Railway Time" and intended to keep train schedules reliable (sundials weren't working reliably as, for example, the high noon sun occurs at slightly different times depending on where in the country one is). Before long, Railway Time became the norm — and so began our love affair with the 12-hour clock.

Now, more than a century and a half later, Thrift endeavors to create a para-time shift with his new clock.

"I see a world that is less anxious and more grateful about time," Thrift added.

• The Apocalypse: Here's When Science Says the World Will End