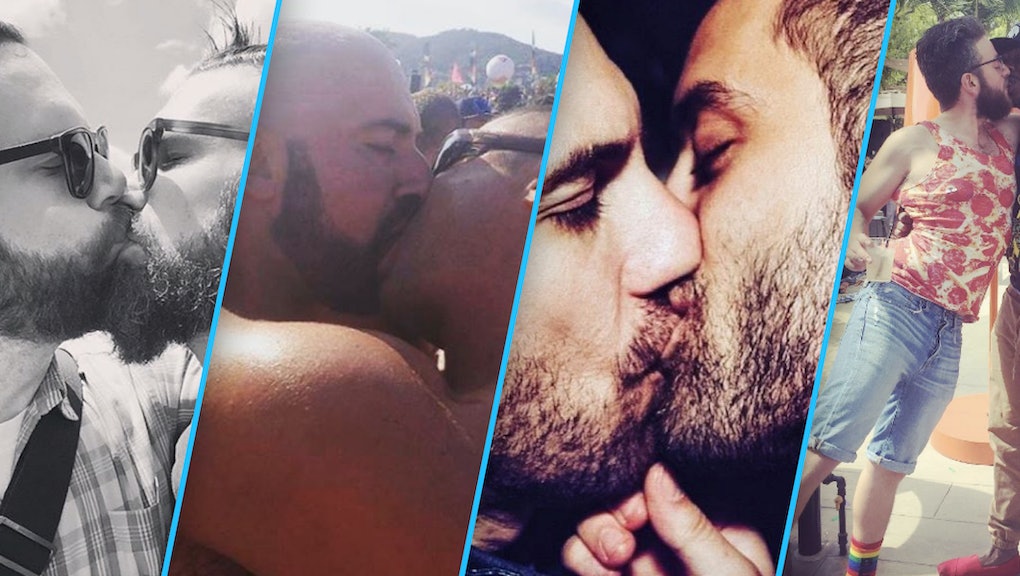 Following Sunday's Pulse nightclub shooting in Orlando, Florida, which took dozens of lives, the internet has started to weigh in with impassioned responses and tributes to the victims. One of the hashtags that has surfaced following the attack is #TwoMenKissing, which takes a defiant stance against the homophobic sentiment allegedly at the root of the attack.

After shooter Omar Mateen's father told NBC News that his son reportedly became enraged after seeing two men kiss in Miami several months ago, LGBTQ social media users began posting their #TwoMenKissing selfies on Instagram and Twitter to protest the homophobia that appears to have played a role in the attack. With at least 49 casualties, the Pulse nightclub shooting is the deadliest in American history.

"Seeing #TwoMenKissing should never be an excuse for violence or bigotry," wrote one Twitter user. "It should warm our romantic hearts."

You can read the names of the victims, as they are released, here.