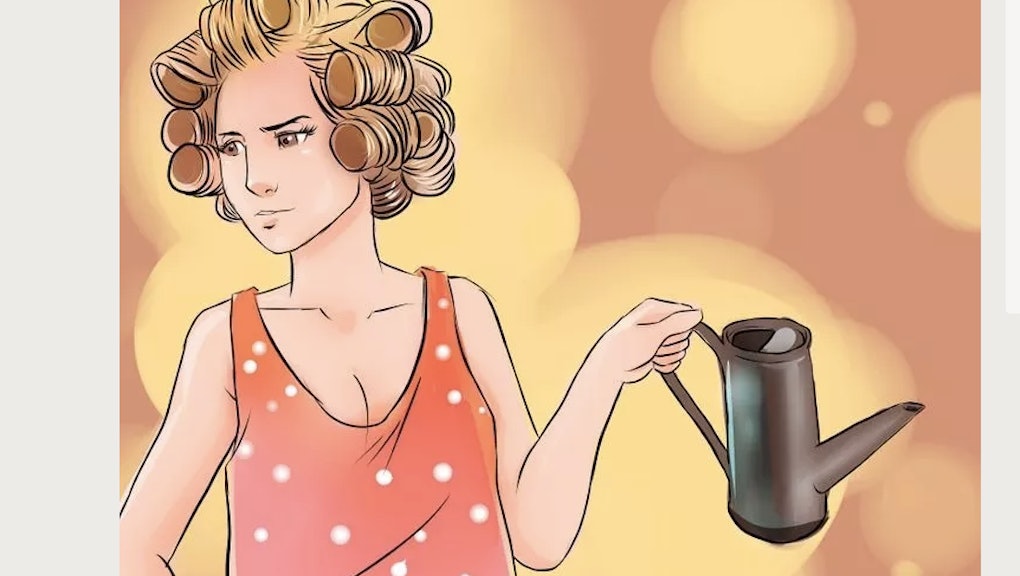 WikiHow can be a useful guide for many things: learning how to boil eggs, ride a bike — you can even get a handy tutorial on time travel.

But, you can also use the website to learn how to be ghetto.

While the definition of the word "ghetto" has morphed over time — going from being used as a term to describe the area where Jews lived segregated from the general population to being associated with poor, black urban areas — according to WikiHow, "Truly being ghetto is more than how you look or speak; it's about an overall attitude and approach to life in general."

The article relies on tired stereotypes of African-Americans to teach the interested reader how to "cultivate the appearance" and "get the attitude" of a truly ghetto fabulous person.

While your clothing and accessories (grillz, gold chains and long nails) are important to your ghetto identity, attitude is key, according to this totally accurate, not-at-all offensive guide.

The guide only features two illustrations of people who appear to be black — the rest are drawings of white people learning how to dress like black caricatures.

WikiHow guides are often written by multiple people — and can be edited by the community, much like Wikipedia articles. The ghetto how-to, which has been viewed more than 49,000 times, has 22 co-authors. It was also reviewed for deletion due to "accuracy issues" in 2010.

WikiHow does have a guide for what may qualify an article to be deleted — which interestingly enough includes hate/racist based, mean-spirited and societal instructions in content.

According to a guide, "Only after a consensus has been reached for deletion, is the article then deleted. As you can see from the table below, there are many articles in wikiHow that have some of these reasons, but have not been deleted after surviving NFD nominations and community discussions." It appears the WikiHow community didn't find the guide to be problematic enough, so it lives on.

Just in case learning to be ghetto wasn't problematic-chic enough for you, WikiHow also has a guide to learning how to be a skinhead — an aesthetic associated with white supremacy and neo-Nazis. We'll let the first photo from the guide speak for itself.