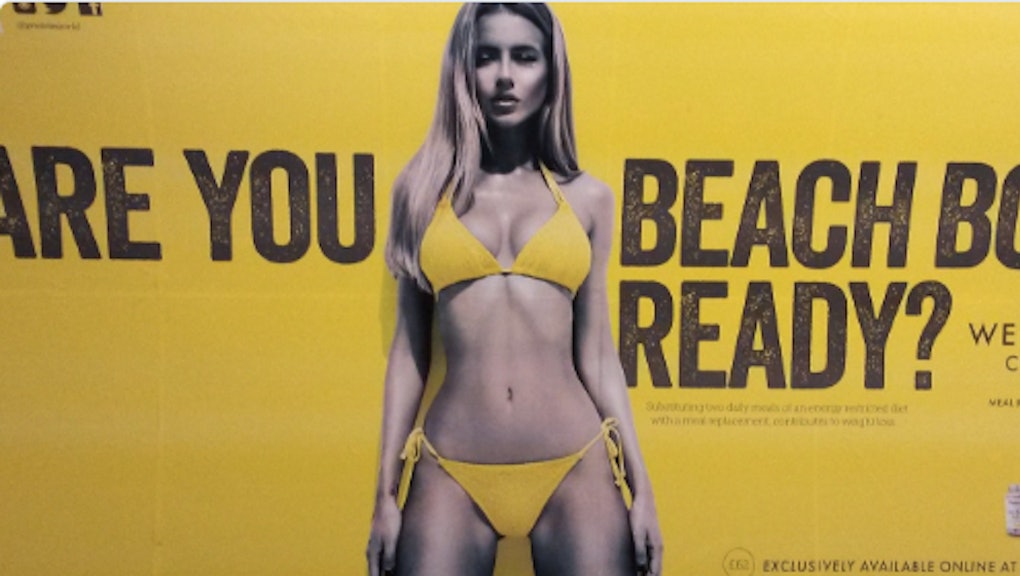 Sadiq Khan knows that all anyone needs to do to achieve a beach body is get their body on the beach. Or a bikini body — put a bikini on a body. That's why the newly elected London mayor would like to ban the body-shaming ads from Protein World that popped up around the London Underground last summer.

"As the father of two teenage girls, I am extremely concerned about this kind of advertising which can demean people, particularly women, and make them ashamed of their bodies," Khan said in a statement to Transport for London, the organization that determines which advertisements are fit for the subway.

"It is high time it came to an end. Nobody should feel pressurized, while they travel on the tube or bus, into unrealistic expectations surrounding their bodies and I want to send a clear message to the advertising industry about this," he continued.

Khan isn't like a regular mayor; he's a cool mayor — he's pledged himself to "fight for all Londoners" regardless of race or sexual orientation or gender or religion. His feminist stance on body shaming isn't surprising, but it is refreshing, especially considering that the ads — which featured a very thin, very airbrushed-looking woman as the implied body goal for those taking their weight loss supplements — provoked widespread backlash and 378 complaints to the U.K.'s Advertising Standards Authority.

While some Twitter users criticized Khan harshly for the move, taking it as an opportunity to deride his Islamic faith, many women thanked him for bringing body positivity to their daily commutes.