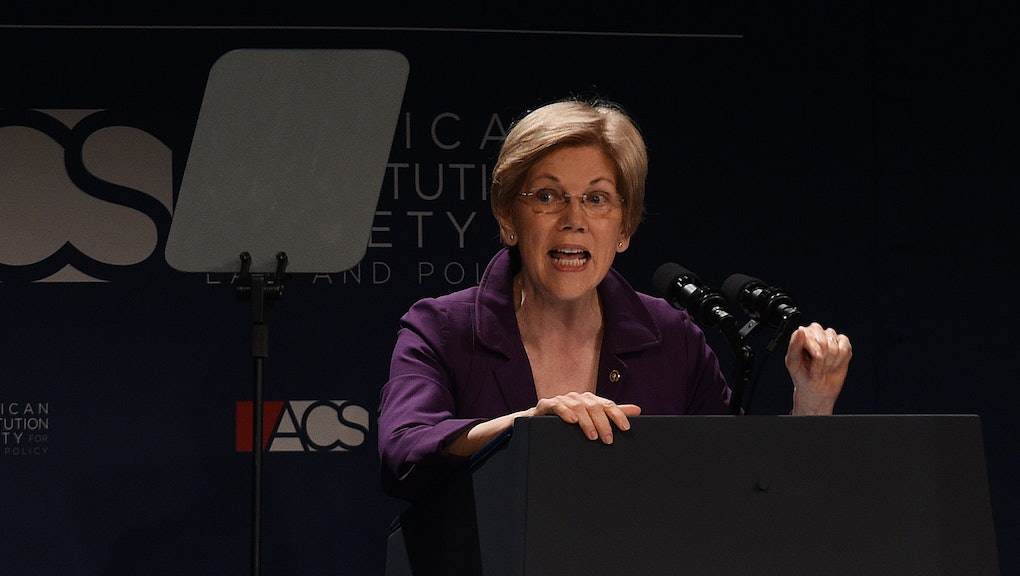 Who Will Hillary Clinton Choose as Her Vice President? Here Are Her Likeliest Picks

After wrapping up the Democratic nomination, focus has now shifted to whom Hillary Clinton will select as her vice presidential running mate ahead of the Democratic National Convention in July.

The Wall Street Journal published Thursday a list of nine candidates reportedly being vetted by the Clinton campaign — a list that includes senators, House members, cabinet secretaries and even a mayor.

But many of the candidates, while widely known in their home states or cities, are unknown to a national audience.

Here's a look at some of the top the people on Clinton's potential VP shortlist.

Sen. Elizabeth Warren, the Massachusetts Democrat and progressive star, is perhaps the best-known member on the list of candidates Clinton is reportedly vetting for the vice presidential slot.

Her name is being mentioned more and more as a smart pick for Clinton in recent weeks.

She's emerged as a top attack dog against presumptive Republican nominee Donald Trump. And Democrats say her popularity among Sen. Bernie Sanders' left-leaning base could hasten the party's unity process after a protracted primary.

Warren isn't swatting down the speculation, telling MSNBC's Rachel Maddow that she's qualified to step into the presidency if the need arises. And she fed into the speculation of her chances, after she met with Clinton in Washington, D.C.

Warren does, however, come with downsides.

Her progressive bonafides, while beneficial to courting Sanders supporters, could turn off right-of-center independents who are uncomfortable with Trump. It's a group Clinton hopes to woo against her unconventional opponent.

And if the Clinton-Warren ticket won in the fall, the Republican governor of Massachusetts would appoint Warren's replacement. A special election would then follow, which Democrats would have a good shot at given Massachusetts' blue leanings.

Some say it's not worth the risk to Democrats' chances of winning back Senate control. Democrats must net five seats in the fall to wrest control from Republicans — a number that leaves little room for error.

Like Warren, Ohio Sen. Sherrod Brown is well-liked among the progressive wing of the party.

A popular figure in his own right in Ohio, Brown could help give Clinton a boost in his home state — a crucial contest for any White House hopeful.

Brown has served in some capacity as an elected official in Ohio since 1975 — first as a state legislator, then secretary of state, member of Congress and senator since 2006.

But similar to Warren's case, Ohio GOP Gov. John Kasich would appoint Brown's successor in the Senate. And unlike Massachusetts, a subsequent special election would be a challenge for Democrats in a swing state like Ohio.

Democrats often find it tougher to turn out their coalition of younger voters and minorities in non-presidential elections.

Like Brown, Sen. Tim Kaine of Virginia also hails from a swing state, and could give Clinton a boost in a crucial contest in the fall.

He's respected in the Senate, where he's seen as a serious legislator. And he's survived two tough elections, both to his current Senate seat in 2012, and as governor of Virginia seven years before that.

Kaine is also a more moderate Democrat, who could help Clinton woo independents and Republicans disaffected by Trump.

And Virginia's Democratic governor would appoint his replacement, which would ensure the seat stays in Democratic hands — at least until a special election.

Still, Kaine comes with other liabilities — his biggest being his position on abortion.

Kaine does not personally support abortion, due to his Catholic faith. To be sure, he is opposed to overturning Roe v. Wade, the Supreme Court case that granted women the right to legally terminate pregnancies. Still, his moral objection to abortion is a potential liability for Clinton, who's made reproductive rights a cornerstone of her campaign.

The former Newark mayor and Senate newbie (he was elected to the Senate in a late 2013 special election) has a good story to tell.

The African-American senator represents the party's diversity. And at 47, he's part of the younger generation of Democrats that could be set up for a future presidential run from a top position in the White House.

While serving as mayor of Newark, a troubled city near New Jersey's border with New York, he once saved a woman from a burning house, and personally shoveled driveways of his constituents during a blizzard.

Most recently, he was one of the most vocal members of Democrats' 14-hour filibuster to push for gun control in the wake of the shooting massacre at a gay nightclub in Orlando, Florida.

But his propensity for the spotlight could also overshadow Clinton herself, who is notoriously press-averse.

Housing and Urban Development Secretary Julian Castro has been rumored to be a potential Clinton vice presidential pick since the early days of the 2016 campaign.

Democrats thought having the first person of Hispanic descent on the presidential ticket would draw Hispanic voters — a critical voting bloc of the Democratic coalition — to Clinton's side.

And at only 41, Castro is in a good position to run for president in four or eight years.

But with Republicans selecting Trump as their nominee, it's unlikely Clinton will need Castro to woo Hispanics. Trump has denigrated Mexicans on the campaign trail, bringing his disapproval rating among Hispanics to 89% in a new ABC News-Washington Post poll.