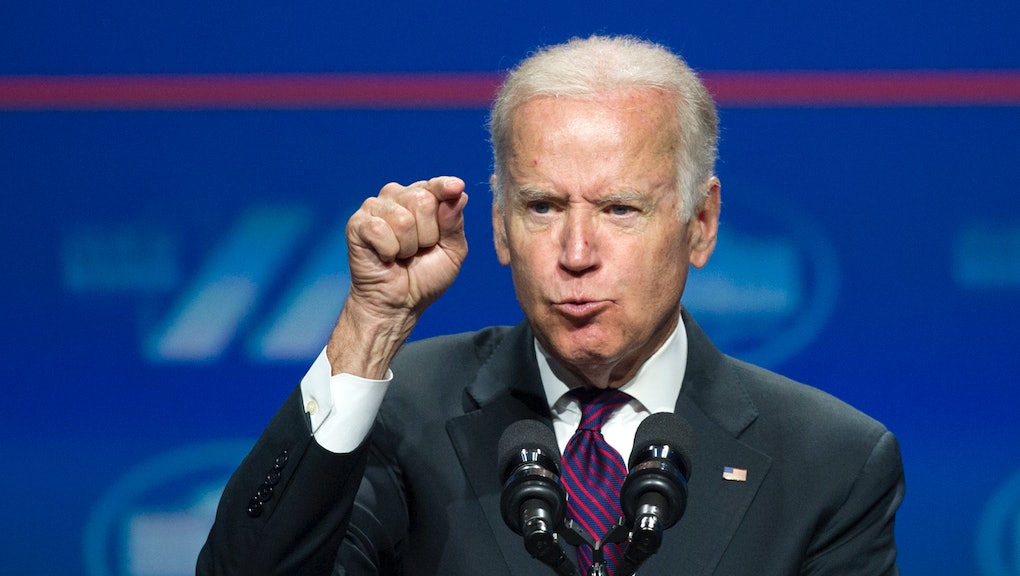 Vice President Joe Biden is having none of Brock Turner's "alcohol made me assault her" excuses.

In a speech made at the White House's United State of Women Summit in Washington D.C., Biden clarified that sexual assault is "the abuse of power," that it is never the woman's fault and that "sex without consent is rape," period. His decades-long campaign against sexual violence, formally begun with 1994's Violence Against Women Act, will be won when women and men stop blaming women for rape and start to refuse to point the finger anywhere other than at the perpetrator.

Ending sexual violence isn't "merely about changing the law and making it better," he explained, "it's about changing our culture." Reiterating the idea behind his It's On Us campaign, the vice president explained that it's every individual's duty to uphold "the basic moral principle that every single woman has a fundamental right to live her life free of violence."

"Ultimately," Biden said, "we have to give women and girls a greater voice, but that's not enough. They have to be assured that their voices will be heard."

Biden blasted "the appalling silence and indifference of the good people" that allows assault to happen, insisting that bystanders who see something and say nothing should consider themselves accomplices to sexual crime.

The vice president highlighted the necessity of bridging the gender respect gap. Equality can't be guaranteed, he said, as long as any group is dehumanized, both within the U.S. and around the world.

"This isn't just about freeing women," he said. "If we free women with the same opportunity, we free men, we free humanity."

Watch the full remarks below: