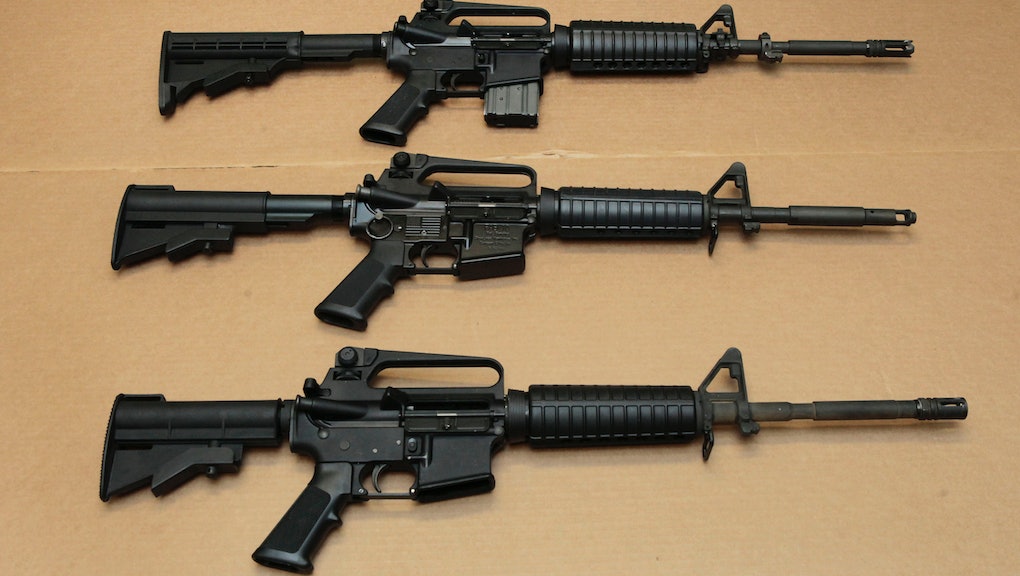 A Tennessee lawmaker will give away two AR-15 assault weapons as door prizes to attendees of an upcoming fundraiser — the same style of gun a man used in a shooting that left 50 dead and more than 50 others injured on Latin night in a gay nightclub in Orlando early Sunday morning.

Calls to ban assault weapons, such as the AR-15s state Rep. Andy Holt is giving away, have increased since the massacre. Presumptive Democratic nominee Hillary Clinton said Monday that "weapons of war" like the AR-15 have "no place on our streets."

But Holt — who announced the giveaway last week, prior to the shooting — said he has no plans to change the door prize in the wake of the attack, according to the Commercial Appeal, a local newspaper.

Holt is also encouraging attendees of his June 25 "Hog Fest and Turkey Shoot" fundraiser to bring their own rifles and ammo.

A stalwart supporter of gun rights, Holt was a sponsor of a recently passed law in Tennessee that allows full-time employees to carry guns on the campuses of the state's public colleges and universities.

He told the Commercial Appeal that he does not believe a ban on assault weapons, such as the AR-15, would do anything to mitigate mass shooting incidents, such as the one in Orlando.

"It has nothing to do with the style of weapon. It has everything to do with who's behind the weapon," Holt told the newspaper, adding that the AR-15 gets a bad name because, "it's black and it looks real scary."

Holt is also against stricter background checks for those seeking to purchase guns, and said the carnage at the Orlando nightclub would've been mitigated if patrons had the ability to carry a concealed weapon.

"When we deprive people of their opportunity to defend themselves, this is what happens," Holt told the Commercial Appeal. "Innocent individuals are sitting ducks."