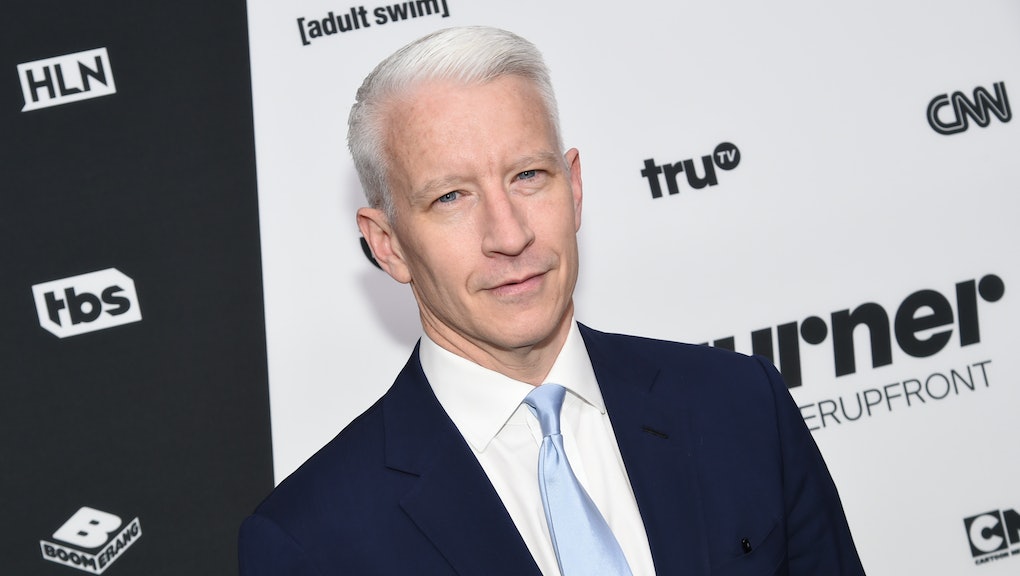 On Live TV, Anderson Cooper Held Back Tears as He Read the Names of the Pulse Victims

On Monday, CNN anchor Anderson Cooper teared up while delivering an emotional tribute to the 49 victims killed in Sunday morning's mass shooting at gay nightclub Pulse in Orlando, Florida.

"They are more than a list of names," he said. "They are people who loved and were loved. They were people with families and friends and dreams."

For the seven-minute-long tribute, Cooper listed each victim's name and a short biography as their photo was displayed on-screen. He made a point not to say the name or show the photo of the gunman.

"I think it's important that you hear their names," Cooper said.

Cooper's tribute joined the list of those dedicated to what was the deadliest shooting in modern U.S. history, in which 50 people were killed, including the shooter, and 53 others were injured.