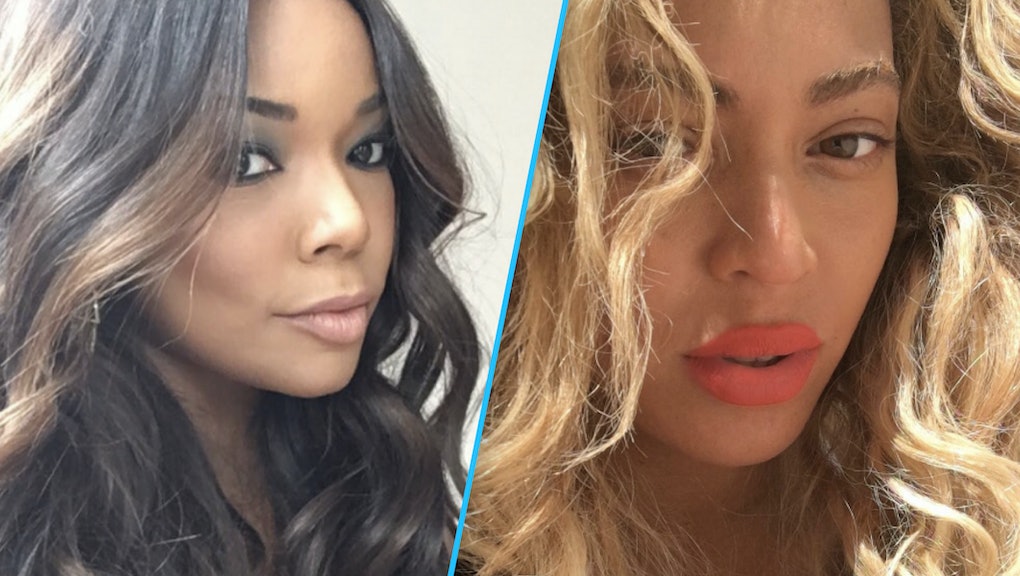 What Is It Really Like to Be Friends With Beyoncé? Gabrielle Union Gives Us Some Clues

Gabrielle Union — actress and fearless leader of the East Compton Clovers — knows the answer. But will she share it with the class? No.

In a recent interview with People, Union revealed that she hung out with Bey at the afterparty of one of her New York City concerts last week. And that's pretty much all she was allowed to say about that.

I don't know if I had more fun at the concert or the afterparty, but it was all a magical experience. ... It was like 'Fight Club.' First rule of Fight Club, don't talk about Fight Club, make sure you get invited back to Fight Club. But it was awesome and it was great to see Bey and [Jay Z].

Nothing about this statement is surprising. Beyoncé is notoriously protective of her privacy, which only makes the rest of us worship her that much more. She's clearly not going to let Gabrielle Union (or any other party guest, for that matter) jeopardize that with a quote to People.

But here's a theory!

What if Union's decision to use Fight Club as a metaphor is more telling than it seems? Could it be that hanging out with Beyoncé simply means getting into fist fights, for sport, as she watches on in silent amusement? Maybe! We don't know — and likely never will, if Queen Bey has anything to say about it.