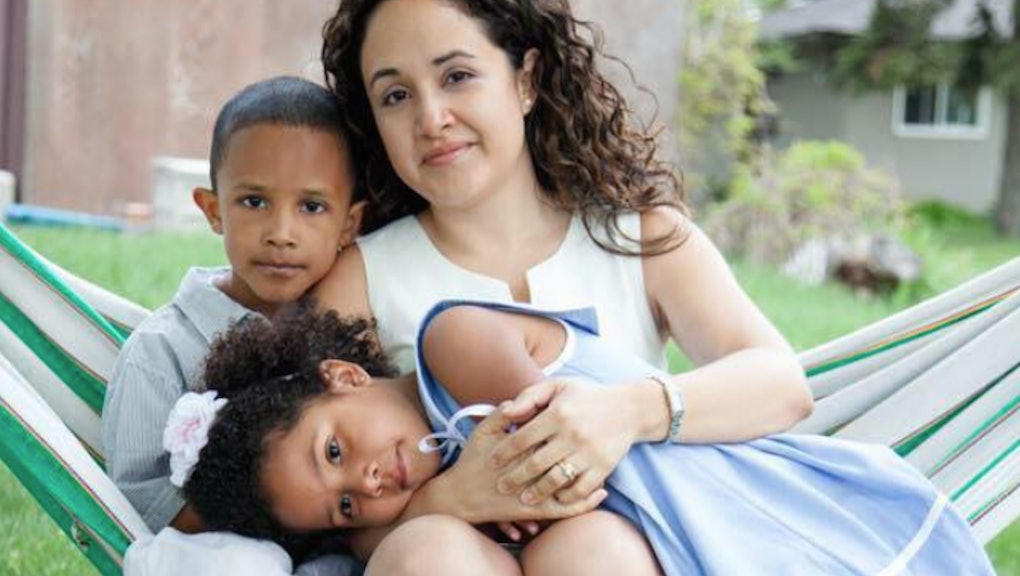 In the wake of Sunday's tragic mass shooting at a gay nightclub in Orlando, Florida, the mother of a child slain in the 2012 massacre at Sandy Hook Elementary School posted a gut-wrenching open letter on Facebook addressed to the families and friends of those who were murdered at Pulse.

"I am sorry that our tragedy here in Sandy Hook wasn't enough to save your loved ones," Nelba Marquez-Greene, the mother of Sandy Hook victim Ana Márquez Green, wrote. "I tried and I won't stop trying. Don't you dare even listen to even one person who may insinuate that somehow this is your loved ones' fault because they were gay or any other reason. Nor is it God's wrath."

In the letter, Marquez-Greene offered candid advice on enduring the hardships of such a loss and talked about how the Sandy Hook and Orlando shootings will serve as somber lessons of gun violence.

The message she wishes to share with those grieving the deaths of the Orlando victims is a simple one: "Love wins."

"My son will learn about your loved ones," she wrote. "And we will not forget. We will say their names out loud. We will remember your children. As you remembered and learned about ours."

She told the Orlando shooting victims' families that they will encounter hate and prejudice and offered some simple advice: "Delete. Ignore. Let it go."

Marquez-Greene also warned those who wish to donate to make sure the money goes directly to the victims' families, because in her case, most of it did not. "And victims of gun violence will have a lifetime of need," she wrote.

Marquez-Greene lost her daughter Ana Marquez-Greene in the 2012 Sandy Hook shooting, in which 20 students and six teachers were shot and killed before the gunman killed himself.